AMAZON Prime Video is introducing a ‘Watch Party’ feature so you can watch all your favourite content with loved ones who aren’t nearby.

The co-viewing feature has started rolling out to Prime members in the US.

Watch Party is launching in the US[/caption]

This is great for people who aren’t in the same household as someone they promised to watch a TV series or film with.

The host can invite up to 99 participants as long as they all have a Prime membership and are also within the US.

Whoever sets up the party has control over stopping, starting and pausing the content.

A built-in chat feature will let users interact with each other via text and emojis.

Amazon has said that content which you can currently only rent or purchase is not available through Watch Party at this time.

This stops one person from paying for a film and then showing it to 99 other people.

Customers who have the feature just need to click on the new Watch Party icon.

They’ll then be given a link to send to friends.

Amazon hasn’t confirmed when this feature will be rolled out to more countries.

If you’re in the US and you don’t see the feature yet, it should be heading your way shortly.

How to get Amazon Prime for free

Here’s what you need to do…

In other news, TikTok and 50 other iPhone apps ‘spying’ on you, cyber-experts warn.

Facebook is finally getting a Dark Mode on the iPhone and Android apps.

And, live-streaming service Twitch is being sued by a man who blames the company for injuring his penis.

Do you use Amazon Prime? Let us know in the comments… 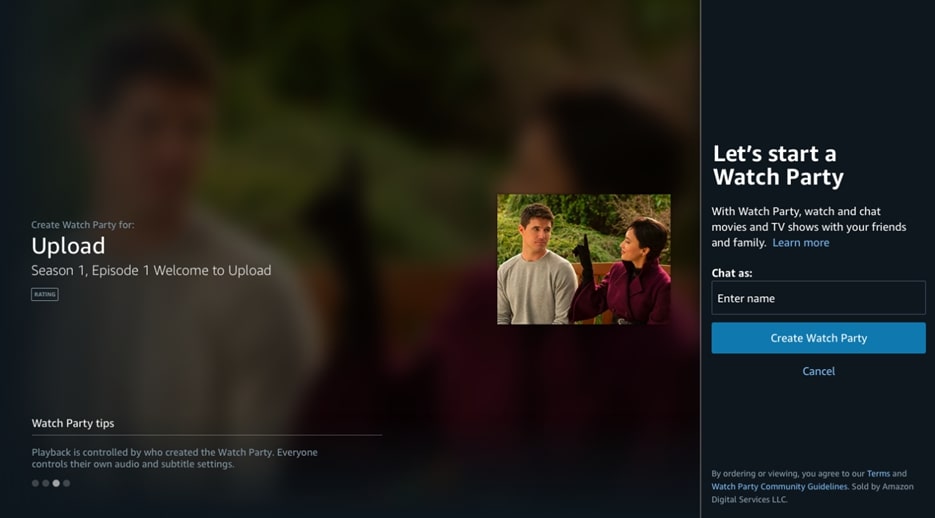