AMAZON has been selling its own type of Covid-19 testing kits that it also used on its employees.

It’s said to be selling a selection of Covid-19 tests on its US site and some can be delivered on the same day if you’re in the right area.

The Amazon-own test kit was reportedly spotted on the site for $39.99[/caption]

Tests results for the Amazon test appear on the Amazon diagnostics website.

It was originally designed for employees.

Stat News first spotted that Amazon’s own tests were publicly available in the US.

At the time of writing, they’re no longer visible on the website but a few other Covid-19 tests from different brands are still available to buy.

They had one day shipping through Prime in some areas.

To use the Amazon test, a patient must swap their nose at home and put it back in a box with a prepaid shipping return label.

They need to mail their swabs back to the centralized lab where they will be assessed.

The Food and Drug Administration approved Amazon’s Covid-19 test kit back in March.

It originally only planned to use the testing program for onsite employees.

Amazon’s own test kit is another example of the company’s expansion into healthcare.

It already has an Amazon Pharamcy program that offers a six month prescription package for common medications.

Most read in Lifestyle

In other news, Amazon Prime members in the US will get access to its new gaming service on Prime Day.

Apple has released an urgent update for older iPhones to protect them from hackers.

And, you can get free access to Disney’s entire library of movies and TV shows if you’re an Xbox Game Pass subscriber. 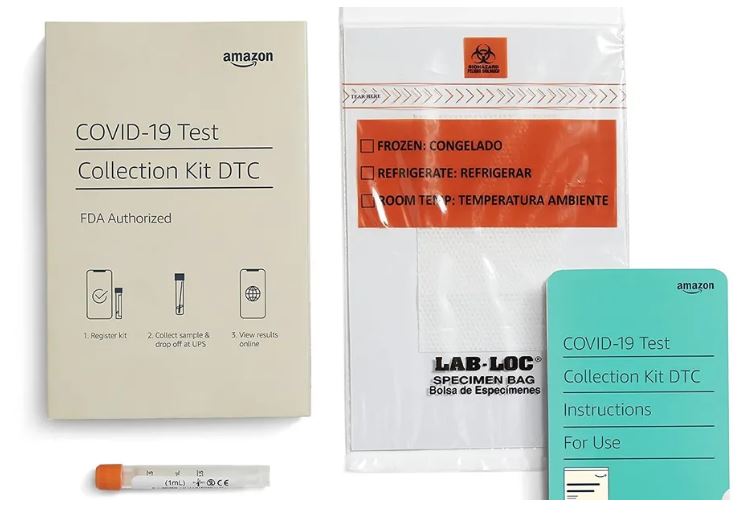