Alien life may be lurking in hidden Earth-like ocean on nearby Jupiter moon, Nasa admits

Alien life may be lurking in hidden Earth-like ocean on nearby Jupiter moon, Nasa admits

The team created a new model to show the moon is likely to have subsurface oceans under its icy surface and we can’t yet rule out its ability to host alien species.

These findings were presented at the 2020 Goldschmidt Conference but are yet to be peer reviewed.

The new study was based on working out where this water could have come from.

Nasa planetary scientists Mohit Melwani Daswani said: “Europa is one of our best chances of finding life in our Solar System.

Future research is hoping to focus on water vapour plumes[/caption]

“NASA’s Europa Clipper mission will launch in the next few years, and so our work aims to prepare for the mission, which will investigate Europa’s habitability.

“Our models lead us to think that the oceans in other moons, such as Europa’s neighbour Ganymede, and Saturn’s moon Titan, may also have formed by similar processes.

“We still need to understand several points though, such as how fluids migrate through Europa’s rocky interior.”

Nasa is planning to launch a mission to Europa in 2024 and will search for signs of life.

Previous research has also found that Europa is quite salty, leading scientists to hope it has oceans similar to those we have on Earth.

Melwani Daswani said: “Indeed it was thought that this ocean could still be rather sulphuric, but our simulations, coupled with data from the Hubble Space Telescope, showing chloride on Europa’s surface, suggest that the water most likely became chloride rich.

“In other words, its composition became more like oceans on Earth.

“We believe that this ocean could be quite habitable for life.”

We don’t yet know if Europa s volcanically active and therefore capable of creating life-supporting hydrothermal vents like we have on Earth.

These are all things that the future mission will focus on.

In other space news, Nasa has revealed a stunning simulation of what sunsets would look like on different planets.

Do you think we’ll ever find alien life? Let us know in the comments… 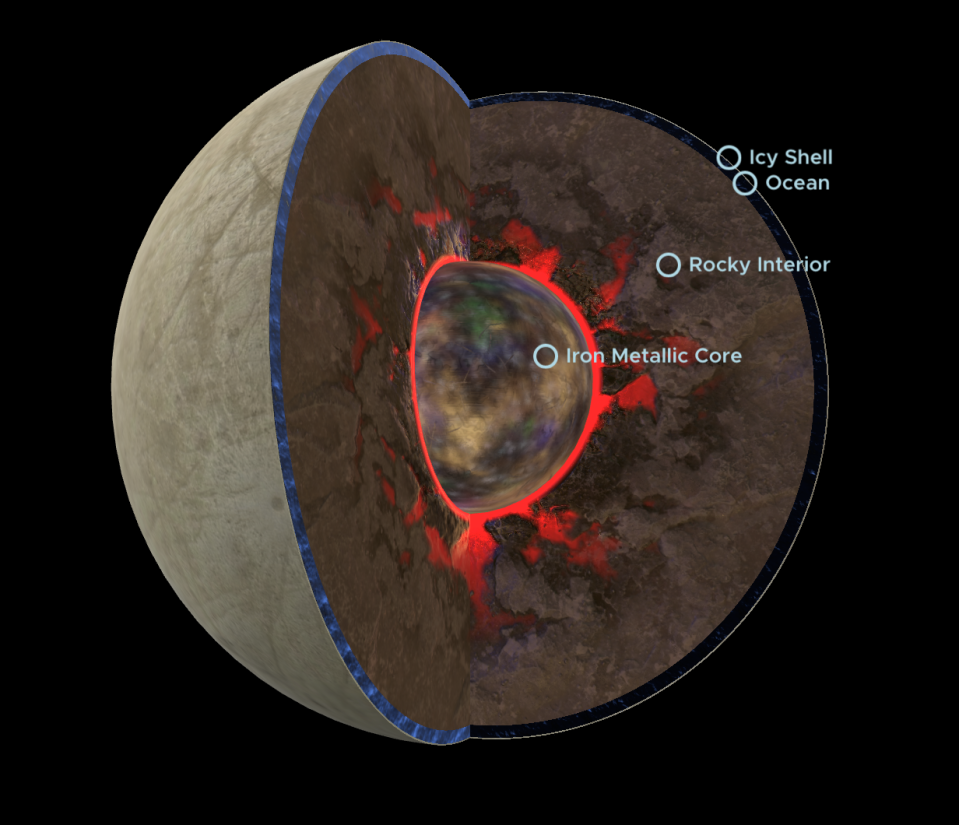