Zlatan returns: Milan messiah Ibrahimovic ‘agrees $7.5mn deal’ that could keep star striker at Serie A giants until he turns 40

Zlatan returns: Milan messiah Ibrahimovic ‘agrees $7.5mn deal’ that could keep star striker at Serie A giants until he turns 40

Evergreen hitman Zlatan Ibrahimovic is set to end prolonged negotiations to rejoin AC Milan by agreeing a lucrative deal with the Serie A side, where he had a seismic impact after signing a surprise short-term contract last year.

Ibrahimovic’s return in December was viewed as a gamble for the toiling Italian giants, only for the bold move to be vindicated as the irrepressible Sweden legend scored 10 times in 18 appearances to lead Milan to an unlikely Europa League place in his second spell at the San Siro.

Now his widely-anticipated return for at least the 2020/21 season appears to have been confirmed, with the striker who will turn 39 in October reportedly agreeing to earn around $7.5 million during the campaign.

He will also be rewarded with a bonus of around $600,000 should he continue his rich run of form and help fire Milan into the Champions League the following season, according to Italian transfer expert Nicolo Schira.

Ibrahimovic began discussions with Milan before the end of the campaign but had attracted interest from Premier League newcomers Leeds United and has been linked with a move to Swedish side Hammarby, where he is a club co-owner, at the end of his career.

Summarizing his influence in typically immodest style in July, Ibrahimovic told DAZN: “If I was here from the beginning of the season, we would have won the Scudetto. I am president, coach and player, but they only pay me as a footballer.” 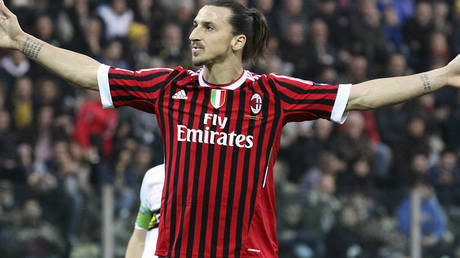