Close
Trending News
HomeSport‘You’re not allowed to decide which side I’m on!’ Sabalenka apologises over Belarus protests silence, calls out ‘harassment’

‘You’re not allowed to decide which side I’m on!’ Sabalenka apologises over Belarus protests silence, calls out ‘harassment’

‘You’re not allowed to decide which side I’m on!’ Sabalenka apologises over Belarus protests silence, calls out ‘harassment’

Belarusian tennis ace Aryna Sabalenka has apologised for confrontational comments in response to criticism over her silence over protests taking place across the nation, but blamed “harassment” online for her outburst.

Women’s top 20 player Sabalenka had received derogatory comments from some Belarusians for a post on Instagram in which she discussed a new makeup routine, and was criticised for not making any statement on the unrest in Belarus, which has come about amid allegations of corruption against current president Alexander Lukashenko during the 2020 elections in the country.

One Instagram user commented it was “embarrassing” the 22-year-old simply chose to promote makeup and not turn her attention to protests in Belarus. “I’m embarrassed for you Aryna. Everything in the world is run by money. There are times when people like you should speak up. And not just talk about makeup.”

Sabalenka, one of the best-known athletes in Belarus, could have accepted the criticism. Especially at a time when a swathe of sportspeople, including world champion middle-distance runner Maryna Arzamasava, have opposed Lukashenko’s crackdown, but instead hit back: “I’m embarrassed for you. At your age it’s time to wise up. Such people walk among us, unfortunately.”

The user went on to wish that karma would give Sabalenka her comeuppance, to which the youngster responded: “karma does exist, that’s why you are nobody!”

Now the former singles number 9 in the world has issued a back-handed apology for her outburst, blaming her emotions on a campaign of “harassment” online.

“I want to apologise for my comments. I overreacted. I just don’t have the strength to obsessively read these endless callouts.” Sabalenka began in a heartfelt Instagram post.

“But… what targeted harassment! And you want level-headed people to be with you? And do you really think that you’re allowed to decide for me which side I’m on? To insult me and the people who refuse to take part in your alleged fight for justice? Or do you think what you write to me are peaceful statements?”

Unrest in Belarus began in May and has since seen hundreds of people injured and arrested across the country as a result of the police crackdown on protests. On Sunday, riot police cleared mass protests with stun guns and water canons in the capital Minsk. However Sabalenka said she has never condoned violence and has actually spoken out repeatedly against it happening in her homeland.

“I am against violence and publicly expressed that,” she went on. “But I didn’t turn up out of the blue and I cannot close my eyes to all that has been done for the country in general, and for sport in particular. I didn’t call out and I’m not calling out any of you to be on anyone’s side. Especially not with threats and insults.

Sabalenka went on to distance herself from politics and emphasise she had not received any payment from any third party to keep quiet about the goings on in the country.

“I don’t decide who is detained and who isn’t. I’ve never taken part in any politics and don’t plan to. I will support athletes of any sports, it’s not important to me which side they are on. And all that you write, it is not peace, it is aggression, animosity and hatred. And all because you did not see your opinion or a post about what you wanted to see… and yes, everyone should have a right to their own opinion. Only that is reprehended. By you. That is all.”

“Again. I am for peace, for those that do their work, for those that do not provoke people to violence, anger and aggression. I am against violence from any side and have never justified it. But everything begins from yourself… Everything that I buy or every time I help someone – I do only by means, which I earned myself. Nobody has given me or paid me anything.” 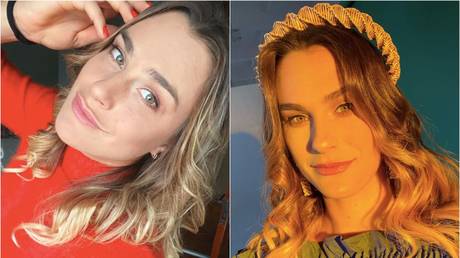