One of the pioneers of women’s MMA, Gina Carano, has set pulses racing online after posting a naked photo of herself in near-silhouette to her Instagram page.

Carano, who once fought Cris Cyborg in now-defunct MMA promotion Strikeforce, has transitioned from the cage to the screen with roles in a host of movies and TV shows. But she shot to even greater fame as Cara Dune in the Disney+ Star Wars streaming series “The Mandalorian.”

READ MORE: ‘I made more money on Dancing with Stars than in ALL my fights combined’: Paige VanZant eyes free agency as UFC deal nears end

Now the fighter-turned-actor, who has 1.1 million followers on Instagram, shared a topless pic of herself on her page, accompanied by a quote from pop music legend Prince.

One fan commented, “I’m pretty sure you just broke Instagram,” while another stated, “Hottest female fighter ever.”

But despite attracting more than 200,000 likes in just a few hours, Carano’s pic didn’t receive universal approval, with a fellow MMA legend weighing in with an alternative take.

Former UFC and PRIDE FC legend Renzo Gracie commented on the post, saying, “Put some clothes on… you don’t need it.. you are among the most beautiful women I’ve ever seen.

“That makes you unique.. there’s no need for sex pics… you are the most beautiful woman that walk around. 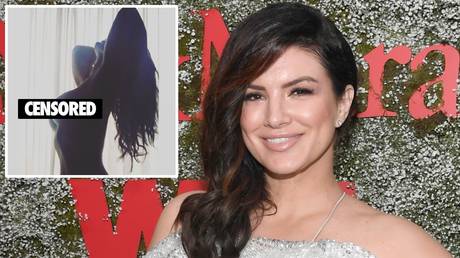