Close
Trending News
HomeSport‘You can imagine my anger’: Fernando Verdasco to SUE French Open after being LEFT OUT of the tournament following COVID test issue

‘You can imagine my anger’: Fernando Verdasco to SUE French Open after being LEFT OUT of the tournament following COVID test issue

‘You can imagine my anger’: Fernando Verdasco to SUE French Open after being LEFT OUT of the tournament following COVID test issue

Spanish tennis ace Fernando Verdasco says he’s going to sue the organizers of the French Open after he was forced to withdraw from the tournament after a positive COVID-19 test that he claims was a false positive.

Verdasco was forced to pull out of the tournament as one of a group of six players who had reportedly tested positive for COVID-19. But Verdasco said his positive test in August came with no symptoms, and he had repeatedly tested negative in the lead-up to the tournament.

He stated that he had asked for another test, but was denied his request, leading to his enforced withdrawal. He has since been tested, and came up negative.

“No-one can believe that a tournament such as Roland Garros can do this, it cannot be like this.”This isn’t about money, it’s about the damage that has been done to me personally and professionally.”

Verdasco’s comments follow on the heels of Bosnian player Damir Dzumhur, who also stated his intention to sue the tournament’s organizers after he was kicked out of the tournament after his coach Peter Popovic tested positive.

Following their removal from the draw, the French Open organizers have stated that the local health authority ruled Friday that if a player could prove with a “documented file approved by experts” that they have previously been infected with COVID-19, they would be considered to not be “contagious” and would be permitted to play.

However, that news has come too late for those already expelled from the lineup, and Verdasco said that information only made him even angrier at his situation.

“I don’t know if I’m going to play again this year or not because I don’t have any enthusiasm to play any more,” he fumed.

“They (French Open organizers) do whatever they like, with no coherence and no respect.

“The rights of the players count for nothing. You can imagine my anger, it’s incredible, they showed a huge lack of respect to a player who has spent the last 16 years competing at Roland Garros.

“And then the next day, after I have been left out of the draw, they change the rules and now you can do a second test. That was the final straw.” 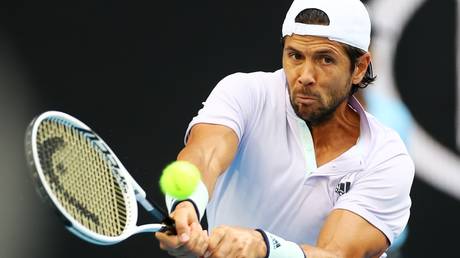