US tennis great Serena Williams has suggested she’s been ‘underpaid and undervalued’ for her entire career due to the color of her skin, adding that she needed to try harder to get the same recognition as her white counterparts.

In an interview with British Vogue magazine, the 39-year-old explained that she has been treated differently since her professional debut in the mid-1990s, constantly facing obstacles on and off the court during her rise to the top.

When asked about how she had been treated over the years, the 23-time Grand Slam winner said she was “underpaid and undervalued.” However, she said that she has never wanted to change anything despite all the struggles she faced.

“I’ve never been a person that has been like, ‘I want to be a different color’ or ‘I want my skin tone to be lighter.’ I like who I am, I like how I look, and I love representing the beautiful dark women out there,” she said.

“The sports icon has a career that, for longevity and impact, is almost without parallel,” says @Edward_Enninful of his November cover star, @SerenaWilliams. https://t.co/t59FjIgDsL

Williams, who was named the second-richest female athlete in 2020 by Forbes with $49.9 million, lauded the Black Lives Matter movement for highlighting discrimination against people of color.

“Now, we as black people have a voice – and technology has been a huge part of that. We see things that have been hidden for years; the things that we as people have to go through,” Williams said.

“At the end of May, I had so many people who were white writing to me saying, ‘I’m sorry for everything you’ve had to go through.’ I think [that] for a minute they started – not to understand, because I don’t think you can understand – but they started to see. I was like: Well, you didn’t see any of this before? I’ve been talking about this my whole career. It’s been one thing after another,” she added.

Last week, the US tennis star withdrew from the second round of the French Open citing a recurrence of an Achilles injury she suffered at the US Open. 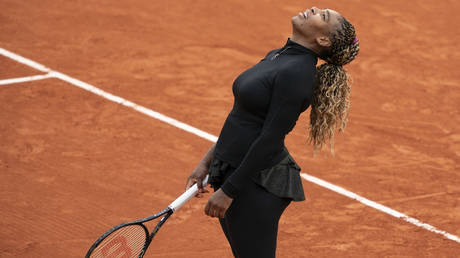