After almost knocking his rival through the ropes in the fourth round, St. Louis native Woodley has demanded a rematch there after feeling Paul was gifted a win by judges in his home state at the Rocket Mortgage FieldHouse in Cleveland.

But until then, or a future meeting with Tommy Fury with whom he was involved in a backstage fracas, Paul is reveling his victory.

On Instagram, he posted a cheeky photo of himself and lover Julia Rose – an Instagram model – in the bathroom wearing next to nothing with the caption: “This is what winning looks like.”

Not done there, he also uploaded a photo of the crowd at the arena for the pay-per-view card and said it was a “dream come true” while also making a bold statement.

“A bigger live gate than McGregor’s 18th fight in his hometown,” Paul claimed.

By that, Paul actually meant to reference McGregor’s 17th bout at a UFC Fight Night event in Dublin in July 2014, where ‘Notorious’ beat Diego Brandao by a first-round TKO.

A total of $1.4 million was made on tickets that evening, and though the receipts are yet to be counted for last night’s show, Paul has said similar elsewhere.

“The live gate was bigger than Conor McGregor’s headlining event of the UFC in his hometown of Dublin, Ireland,” Paul said post-fight.

“So I sold more tickets than Conor McGregor did with the whole backing of the UFC in my fourth fight ever. We did more revenue.”

One day, Paul hopes to meet McGregor in the squared circle, in what would surely be another box office smash. 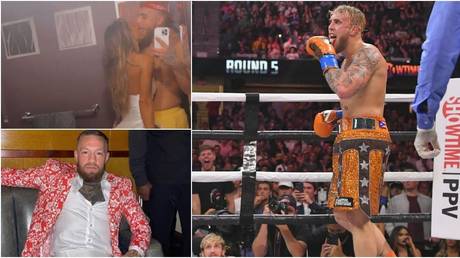