World’s Strongest Man powerhouse Eddie Hall has written to every member of the UK Parliament, revealing his own mental health battle and urging them to overturn the “injustice” of loosening lockdown controls on pubs but not gyms.

Hall argued that people would be welcome to “drink themselves into oblivion” before they would be able to improve their health at public gyms and leisure centers, which will remain closed while bars are allowed to throw open their doors next week.

Calling the ruling “baffling, frustrating, nonsensical and downright unfair”, the Staffordshire powerlifter pointed out that the health and fitness industry was worth £5 billion ($6.17 billion) to the national economy.

“While the vast majority of the UK has now been permitted to release the lockdown, the government continues to deny gyms and pools the same chance,” he said.

“This is the same government which is quite happy to reopen pubs across England, giving people license to drink themselves into oblivion.

“The message [is] that it’s far more important to be allowed to drink alcohol to excess than it is to indulge in exercise, which benefits physical and mental health.

“Just take a moment to consider what sort of signal that is sending out to the nation about our 21st century priorities.”

Hall reasoned that it would be easier to observe social distancing in large, well-ventilated gyms with visitor controls than in cramped bars where people would be drunk.

He also warned that people were being denied the “vital lifeline” that had helped him to overcome some of his early demons.

“Winning World’s Strongest Man has given me … the luxury of being able to train using my own equipment in my own home.

“When I was a teenager, I suffered from anxiety and depression, turning to drugs and alcohol and getting expelled from school. Exercise and fitness became…my saviour.

“Where would I be without all that? To be honest, I don’t really want to contemplate.

“Millions of British people have been visiting their local gyms for exactly the same purpose – releasing pent-up frustration and pressure and giving them a motivation to face the future in the best possible health.

“We’re not asking for preferential treatment or favoritism. Just equality.”

UK gyms have been shut under government guidelines since mid-March, and the Premier League became the country’s first high-profile sporting institution to return to action when it resumed earlier this month.

Last month, gym owners in the US were involved in a series of confrontations with police outside their premises as members attempted to use the facilities despite quarantine rules being in place. 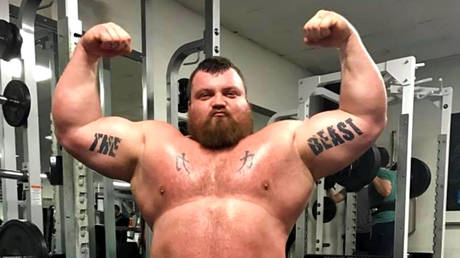 Nearly a fifth of all food produced around the world ends up in the bin, UN report says