World Athletics has delayed its decision regarding the status of the Russian Athleics Federation (RUSAF) after it missed the dedaline to pay a $5 million fine.

“We recognise these are difficult times, but we are very disappointed by the lack of progress made by RusAF in terms of the requirements set in March,” World Athletics President, Sebastian Coe, said.

READ MORE: ‘We have no choice but to call on you’: World champ Maria Lasitskene among top stars to ask Putin ‘to save’ Russian athletics

“We have done as much as we can to expedite our ANA process and support RusAF with its reinstatement plan, but seemingly to no avail. The terms of payment of the fine and costs were clear and unchallenged by RusAF at the time so this issue will now need to return to Council at the end of July,” he added.

Earlier on Tuesday RUSAF confirmed no transfer of the money had been made, admitting it had no financal resources to pay the outlined fine.

“We haven’t paid the fine to this date. RUSAF doesn’t have monetary resources to pay the fine” said RUSAF press officer Natalia Uchareva.

The new RUSAF management accepted guilt, firing all the coaches and officials involved in the Lysenko row.

In order to be reinstated, RUSAF was obliged to pay a $5 million fine to World Athletics before July 1 for manipulation and document falsification in connection with the Lysenko case.

RUSAF has been suspended since 2015 over alleged doping violations, with the entire team being banned from the 2016 Rio Olympics.

In case of RUSAF’s expulsion from World Athletics, Russian athletes will no longer be eligible to take part in international competition even under neutral status. 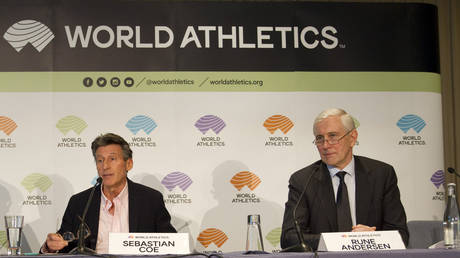