Russia manager Stanislav Cherchesov has said Artem Dzyuba’s removal from the national squad was not a punishment, but an attempt to let him spend time with his family and let his sex scandal die down.

Dzyuba made headlines in Russia and abroad after a video of him pleasuring himself leaked online, triggering public uproar.

In the wake of the scandal, he was removed from the national squad for three games in a row, which Dzyuba’s supporters saw as an unfair penalty for the video which was stolen from his phone.

However, Cherchesov said the player’s absence from the team was not a severe punishment, but a well-deserved respite which he needed to restore his damaged reputation.

“We gave him an opportunity to spend time with his family and to recover from the shock. Our next games will take place in spring.

“Time will pass and everyone will calm down, evaluating this situation under a different angle,” Cherchesov said.

“Anyway, nobody dismissed him. We gave him an opportunity to calm the situation down,” he added. 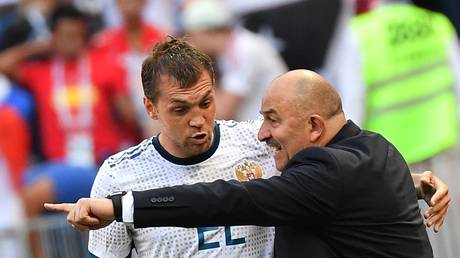