‘We can make his skills a lot better’: Floyd Mayweather promises to fine-tune Deontay Wilder ahead of Tyson Fury trilogy bout

‘We can make his skills a lot better’: Floyd Mayweather promises to fine-tune Deontay Wilder ahead of Tyson Fury trilogy bout

Retired boxing great Floyd Mayweather says that he can help correct the errors that caused Deontay Wilder to lose his WBC world title to Tyson Fury earlier this year ahead of the mooted trilogy bout between the two superstars.

Wilder was defeated by seventh-round TKO by “The Gypsy King” in the battle of the two previously-undefeated heavyweights, with lineal champion Fury adding the WBC crown to his list of accolades.

The result was an impeccable performance from Fury that clearly demonstrated that, on that night at least, he was the far superior heavyweight pugilist.

It was a marked improvement from Fury compared to his first meeting with Wilder, which ended in a draw after Fury’s Lazarus-like recovery in the final round after absorbing one of Wilder’s trademark thunderbolts.

Now, after going winless in his first two fights with Fury, it seems that Wilder is keen to develop his own game, and Floyd Mayweather says that he is the man to engineer it.

Mayweather said in August that he would like to teach Wilder “how to win again” and has recently doubled down on that sentiment while speaking to the “ClubShayShay” podcast.

“Deontay Wilder’s got bombs, but we can make his skills a lot better.

“I’m here to help fighters, even Wilder. I’m here, all he’s got to do is let me know what he wants to do and we can make it happen.”

As of right now, it is uncertain when Fury and Wilder will meet for their contractually guaranteed third fight. Initial plans had been laid out to hold the fight inside the $1.4 billion (€1.2 billion) Las Vegas Raiders stadium in December, but Fury’s UK-based co-promoter, Frank Warren, says that they must stage the fight only when fans are permitted to attend.

“Not a fight of that magnitude,” Warren told UK TV.

“Wilder and Fury was the highest-grossing fight to ever take place in Vegas. We just can’t lose that gate. It’s a huge amount of money. We need the gate.”

If he’s successful in his third fight with Wilder, Fury is expected to fight the other world heavyweight champion, Anthony Joshua, in the most anticipated fight in British boxing history next year, providing the former Olympic champion comes through his mandatory title defense against Kubrat Pulev. 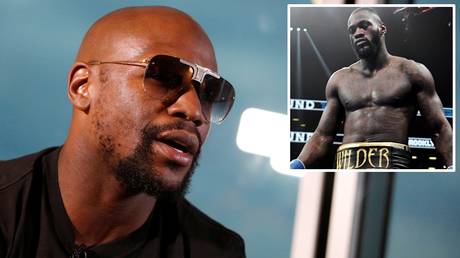