UFC featherweight champion Alexander Volkanovski is keen to dispel the stereotype of the braindead, brutish fighter as he inks a children’s book designed at showing off the softer side of the world’s toughest athletes.

Volkanovski, who will defend his 145lb title against former champion Max Holloway at UFC 251 on July 11, is putting the finishing touches on the illustrated children’s book which the Aussie hopes will hit the shelves before his showdown on ‘Fight Island’.

“It’s going to be about myself, which is pretty cool,” Volkanovski said of the book to 7 News Australia. “The direction of the book is about being a world champion and everything about it.”

Part of the reason he wrote the book, Volkanovski says, is to break the image that some people have in which fighters are little more than brainless thugs, and comes after some of the sport’s more high profile characters found themselves generating headlines for all the wrong reasons.

Instead, he says he wants to portray fighters as honorable people who can be held as role models by youngsters.

“We aren’t all mugs that want to chuck dollies at buses, that want to hit old men, and that’s what hits the media,” Volkanovski said. “I think this is a good way to show that we’re not all like that. Some of the most respectful people I know are fighters.”

And Volkanovski will surely be hoping that his debut as a published author coincides with the extension of his reign atop the UFC’s featherweight fold. 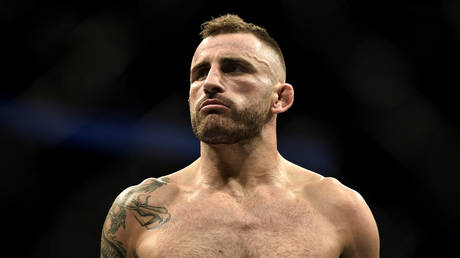