NFL’s Washington Redskins are poised to announce an historic change to their franchise name after appearing to bow to pressure from fans and sponsors amid the ongoing racial tensions gripping the United States.

A week after the team announced they were ‘reviewing’ the name of their franchise which some consider to be a racially pejorative title towards Native Americans, reports emerging from the US suggest that the team will soon rebrand in the next 24 to 48 hours.

Speaking to Dallas’ ‘Saturday Sports Brunch’ radio program, Yahoo! Sports reporter Charles Robinson revealed that the change is imminent, adding: “The NFL is starting to take steps to tell everybody who has Washington’s nickname on its platform to start scrubbing it, start taking it off, which means something’s coming.“

There is no indication yet as to what the team’s new title will be.

Robinson reported that the team’s owner, Dan Snyder, has green-lit the change after previously resisting suggestions he would do so, and in doing so he is acknowledging pressure from brands like Nike, PepsiCo and FedEx who had called for swift action from the team.

Nike had previously pulled all Redskins merchandise from their website.

This comes a week after FedEx announced their unhappiness at the situation. The brand signed a 27-year, $205 million naming rights deal to the team’s FedEx Field stadium in Landover, Maryland in 1999.

Earlier this week, online retailer Amazon also removed Redskins merchandise from its website, while it was also reported by the Washington Post that three of the team’s minority owners have explored options related to selling their shares in the NFL franchise.

The team has been known as the Redskins since 1933 though the person who issued that name, former owner George Preston Marshall, has since been heavily criticized for perceived statements of racial inequality. A statue of Marshall, who died in 1969, was recently removed from outside the team’s stadium.

As things stand, the team will take to the field under their new title for the first time in a home game against the Philadelphia Eagles on September 13. 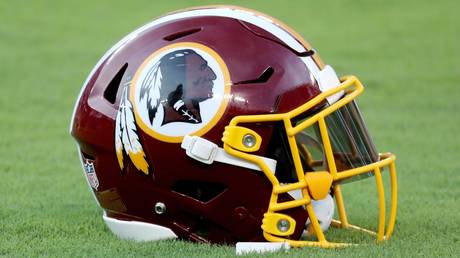