Close
Trending News
HomeSportValentina Kosolapova: The Russian triple jumper who turned down a modeling career to pursue a life in sport (PHOTOS)

Valentina Kosolapova: The Russian triple jumper who turned down a modeling career to pursue a life in sport (PHOTOS)

Valentina Kosolapova: The Russian triple jumper who turned down a modeling career to pursue a life in sport (PHOTOS)

She could easily have made it big as a model, but Russian triple jump star Valentina Kosolapova chooses to concentrate on her sporting talent instead, and has shunned all offers from the world of fashion.

The 23-year-old stunner is frequently approached by model agency scouts, but refuses to pose for magazine covers, preferring to spend her time at the stadium, where she works tirelessly to surpass her personal best in the triple jump.

The daughter of the former mayor of Volgograd, Andrey Kosolapov, she took part in the indoor national championships last winter, finishing third in the women’s triple jump, attaining a result of 13.85 meters.

Before that, Kosolapova scooped a solid victory at the famous Russian Winter event, achieving her season’s best result of 14.08m.

The athlete, who is very active on Instagram, has amassed a following of more than 20,000.

Despite her apparent aversion to professional modeling, along with photos from her training sessions and competitions Kosolapova does share some revealing snaps in which she poses in swimsuits and bikinis, keeping her fans more than happy. 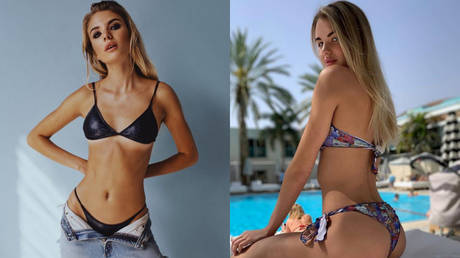