UK morning television host Piers Morgan has slammed the BBC for apparently banning the word “fisherman” and replacing it with the gender-neutral “fisher people.”

The often-controversial Morgan made the comments on ITV’s “Good Morning Britain” after discussing a BBC report on the impact of Brexit on the UK’s fishing industry, but the main point of contention for Morgan was what he described as an ongoing campaign to remove the word “man” from all types of job descriptions.

Fishing remains one of the world’s most popular sports and a recent survey showed that women make up around 20% of fly-fishing enthusiasts in a study of outdoor recreational activities.

However, Morgan says that the BBC’s move to replace the word “fisherman” with its more gender-neutral equivalent is “ridiculous” and he questioned if women even work on the types of trawlers which were being outlined in the BBC news report.

“I have never seen a woman doing that,” Morgan said.

“I don’t know why, there must be some I guess but is there a single woman in the country who actually trawls for fish?“

Amid the debate about changing the word fisherman to the generic alternative word fisherpeople, @piersmorgan wants to know if there any women working on trawler fishing boats.

Do you agree with the change or do you think the word fisherman should remain? 🎣 pic.twitter.com/gwIMh56laz

BBC has deemed the term fishermen offensive. Should be fisher people. I highly doubt any ladies who fish are offended. No mention of midwives though 😂😂😂 @piersmorgan haha

@GMB dear piers I’m a fisherman and women on boats is bad luck it’s not something suited to a woman’s body and I’m sorry but we never have women on our trawlers.
Fisher people sounds like a toy company more bbc rubbish.

Morgan’s co-host, Susanna Reid, informed him that figures show that around 2% of trawler workers are female – but Morgan stuck to his guns.

“Apparently, but has anyone ever seen one? I don’t think I have but the whole language has been changed from fishermen to fisher people. There are certain jobs that women don’t like to do, right?

“Maybe in a trawler, rough and tough in the North Sea, it ain’t up there on the to-do list for the equality brigade. I want to find out, are there actually any women working on trawler fishing boats?“

However, Morgan’s complaint echoes a larger debate which has taken place within competitive sport fishing for some time. A little more than a decade ago, Kim Bain-Moore generated huge interest within the sport fishing community when she became the first woman to enter the famous Bassmaster Classic tournament, and a study conducted by the Sage Journal in the years which followed showed that fishing media, in particular magazines, underrepresented female anglers relative to the national estimate of their numbers.

Despite making up roughly 27% of participants, women authored roughly 1% feature articles in fishing magazines and less than 10% of the coverage within them. Women were also highlighted as partners of male anglers, as well as being ‘sexualized’ – and even being portrayed as ‘obstacles’ to men’s success on the water.

And female participation in the sport continues to rise, with the Outdoor Industry Association and the Recreational Boating & Fishing Foundation revealing in a study that women are the single biggest emerging demographic in sport fishing globally.

Chairman of the National Federation of Fishermen’s Organisations, Barrie Deas, though, fell on Morgan’s side of the debate.

“There are women in the industry on the processing and management side – including a president and chair of this federation so the reality is that women are well-represented in the industry as a whole but not very much on the catching side,” he told the Daily Telegraph.

“It’s really only a handful. Mostly it’s men that crew the boats. If anyone feels the need to change the nomenclature, that’s easily resolved. In North East Scotland, where I’m from, they refer to ‘fishers’.” 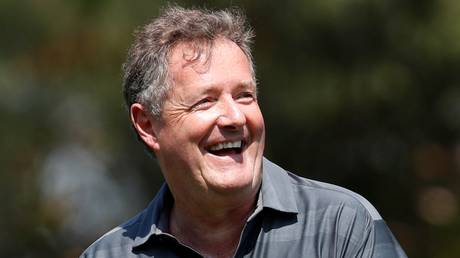