United States President Donald Trump took aim at the player protests actioned by the stars of the NBA following the shooting of Jacob Blake, saying their actions would “destroy basketball.”

Trump criticized the actions of the NBA players, after their team-by-team decision to stop play for three days following the shooting of Blake, a black man, in Kenosha, Wisconsin.

He was shot in the back multiple times by police officers, leading him to be paralyzed from the waist down.

READ MORE: Trump says NBA acting ‘like a political organization’ as ANOTHER day of games is canceled

Reacting to the incident, NBA players in their respective teams took the collective decision to not play their NBA Playoff games. The decision hasn’t gone down well with Trump, who criticized the NBA.

Speaking on Air Force One, Trump told reporters that the actions would be “threatening” to the NBA, stating, “I think what they’re doing, in particular, is gonna destroy basketball.”

The league and players association confirmed Friday that the NBA Playoffs would resume on Saturday in a deal that includes increased access to voting in the U.S. presidential election.

Trump, however, said the public would not want to deal with political messaging when watching sport. 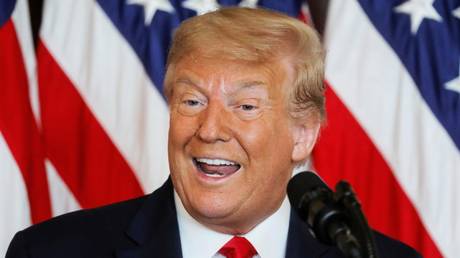 Lionel Messi to Liverpool? ‘No cha...