Ian Lewis, 56, has been sentenced to three years in jail for stabbing a woman with a kitchen knife in a row which erupted during a seemingly innocent game of chess.

The incident took place in June, when Louise Bailey came to Lewis’ flat in Brighton to have some drinks and play chess.

READ MORE: ‘Everyone could have recognized me’: Chess grandmaster who was banned for cheating is ‘caught competing AGAIN under new name’

The game took an unexpected turn after a furious Lewis, 56, squabbled about Bailey’s chess playing ability and flipped the board over.

He stabbed her three times with a steak knife. Bailey said she only remembers being on the floor when Lewis attacked her.

“She had drunk quite a lot and has no recollection of what happened,” prosecutor Richard Cherrill said.

“From what she has pieced together the thing she can remember is being on the ground with him stabbing her.”

The woman had multiple wounds to her body, thigh, and arm, which required stitches at the Royal Sussex County Hospital.

Lewis, who had previously been jailed for stabbing a friend in 2016, was considered a risk to public safety.

He has been sentenced to three years in jail, with an extended license period of a further three years. 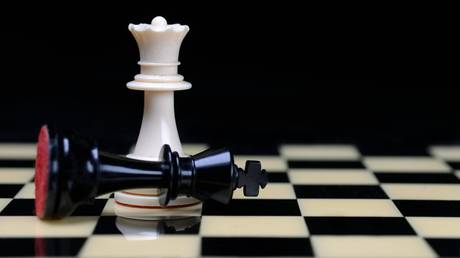