UFC ‘BMF’ Jorge Masvidal has reacted furiously to an apparent taunt over his “double-digit losses” by Ali Abdelaziz, amid calls for Khabib Nurmagomedov to become the cover star for a new UFC video game.

In a thinly-veiled jibe featuring a mock-up of Nurmagomedov on the front of the box for the forthcoming UFC 4 on PlayStation, Abdelaziz insinuated that creators EA Sports’ current unknown cover star was unworthy of being the face of the game because of the losses they had accumulated during their career, adding that his client’s perfect record made him the superior option.

Masvidal seemed to take Abdelaziz’s attack personally with a typically forthright tweet alongside an emoji featuring a rat and what appeared to be a reference to Nurmagomedov’s manager being named as a double agent for the FBI and NYPD in a 2013 book, echoing an outburst by Conor McGregor when the former champion called Abdelaziz a “f*cking snitch terrorist rat.”

“This should be the new cover,” announced Abdelaziz, producing a piece of fan art showing Nurmagomedov as the figurehead of the game.

This should be the new cover
This man never lost
I know who will be on the new cover
One is good but another has a double digit loses
EA sports people sucks @TeamKhabib pic.twitter.com/9byCV9TcMY

You should get off of whoever’s d**k you are hating on now. You talk a lot. That’s an understatement you are a certified informant 🐀

“This man never lost. I know who will be on the new cover. One is good but another has double-digit losses. EA Sports people suck.”

Masvidal, who has 13 defeats from 48 fights and beat Nate Diaz at UFC 244 in New York in November, did not reply to Abdelaziz directly but appeared to be hitting back when he tweeted: “You should get off whoever’s d*ck you are hating on now.

“You talk a lot. That’s an understatement. You are a certified informant.”

Fans will have to wait until UFC 251 on July 11, which will feature Gilbert Burns and Kamaru Usman in the headline fight in Masvidal’s welterweight division, to discover the identity of the fighter on the cover, with featherweight great Amanda Nunes and middleweight champion Israel Adesanya also rumored to be in the running – although their records would rule them out should Abdelaziz’s claim be accurate. 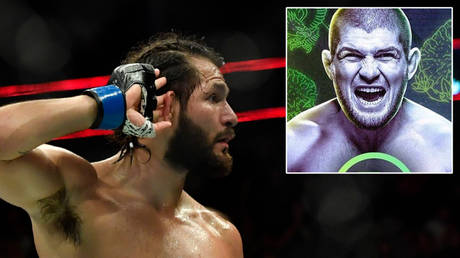