As if the fight card for UFC 259 wasn’t spectacular enough, Russia’s newest UFC champion has also been booked to defend his title as the promotion ramps up its star power for the event.

But now the UFC has moved to stack the deck even further, with broadcast partners ESPN reporting that Yan will put his 135-pound bantamweight title on the line against New York contender Sterling at the March 6 event.

Yan remains perfect in the UFC after arriving on the big stage as a former ACB bantamweight champion. His only career defeat came via split-decision in a highly controversial fight with Magomed Magomedov. He subsequently avenged that loss to capture the title before eventually moving on to sign for the UFC.

Since arriving on the sport’s biggest stage, Yan has thrived. Victories over Teruto Ishihara, Jin Soo Son, and Douglas Silva de Andrade catapulted him into contender status, where wins over Jimmie Rivera and UFC and WEC legend Urijah Faber put him in line for a shot at the vacant title at UFC 251.

On the biggest night of his career, Yan delivered the goods to TKO former UFC featherweight champion Jose Aldo in the fifth round and capture the 135-pound strap at UFC 251 last July and place himself at the top of one of the UFC’s most talent-stacked weight divisions.

Now with a target on his back, Yan faces the task of turning back a host of challengers in 2021 and beyond, with American submission ace Sterling the first man up.

With Yan stating his intention to fight three times this year, and with a host of elite contenders waiting to challenge him, 2021 looks like it could be a busy year for “No Mercy.” 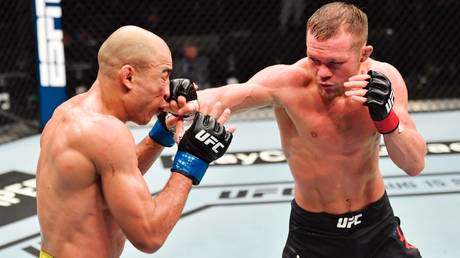