Roy Jones Jr.’s Russian manager and business partner Zsolt Barna hasn’t ruled out the possibility of the RJJ facing ‘Iron’ Mike Tyson in a rematch on Moscow’s Red Square, following the outcome of their exhibition on Saturday.

Jones, 51, will fight 54-year-old Tyson, the youngest man ever to win the world heavyweight title, in an exhibition on Saturday at Staples Centre in Los Angeles.

The former undisputed light heavyweight world champion received Russian citizenship in 2015, being presented with a passport from president Vladimir Putin in Moscow to ease the process of entering the country to fight or conduct business, and lends his name to a number of boxing schools across the country.

“Roy loves this country, he loves Russia, Russian history, Russian people, he has tremendous respect for the culture and also Russian athletes and boxers as well,” Barna said.

“For him its very important to represent Russia as well. He’s gonna represent Russia, he’s also a Russian citizen, he’s got a school here, we’ve got one of our best friends opened a school for him. He’s dividing his time between us and russia. Eventually he wants to move here full time.”

Had it not been for the Covid pandemic precipitating legal and insurance obstacles, Jones would have likely had his entire camp take place in Russia, and plans to return to the country after the fight are already in place. 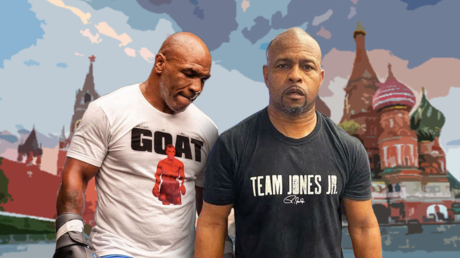