German sprinter Alica Schmidt – regularly dubbed ‘the world’s hottest athlete’ – has put the disappointment of her Tokyo Olympics flop behind her by announcing she will be modelling at Milan fashion week.

Schmidt, 22, was part of the German track and field squad which traveled to Japan in the summer but was ultimately overlooked for a spot in the women’s and mixed 4x400m relay events.

The blonde bombshell revealed after her Olympic disappointment that she was “going to take a break” but was “looking forward to coming back feeling fresh and ready to train hard again.”

However, it wasn’t all doom and gloom in Tokyo as Schmidt added a reported 400,000 followers to her Instagram account, taking her tally to a whopping 2.4 million.

The eye-catching sprinter continues to attract the attention of various sponsors – including fashion titans Hugo Boss.

As Schmidt excitedly revealed to fans this week, she has jetted off to model for the company at Milan Fashion Week, which runs from September 21 to 27.

“I’m in a great good mood and I’m already totally excited, because I’m flying to Milan today!” Schmidt said on her Instagram Stories.

“It will certainly be very, very cool days in Milan. On Thursday will be the ‘Hugo Boss Fashion Show’ and I will be a part of it!”

Schmidt shared clips of herself preparing for the trip and also arriving at Hugo Boss for a fitting.

She noted, however, that she was still set on pursuing her athletics career despite briefly swapping the track for the catwalk.

With her striking looks, athletic figure and following of millions on social media, it’s easy to see why Hugo Boss would turn to Schmidt for some promotion.

The track temptress has previously revealed that Playboy reached out to her over the possibility of a somewhat more revealing shoot, but that she would prefer to “give way to others” in that respect.

Schmidt has also been at pains to show herself already gearing up for next season, sharing a host of training clips on social media and writing “a lot of laps today” just before she set off for Italy. 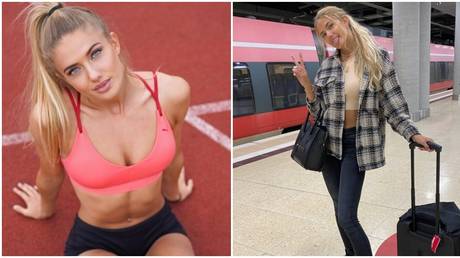 You can get six months of Apple mu...

Have you opened an Excel document recently? You may have been hacked