‘Time is not her friend’: Martina Navratilova on Serena Williams’ hopes for record-tying 24th Grand Slam

‘Time is not her friend’: Martina Navratilova on Serena Williams’ hopes for record-tying 24th Grand Slam

Former tennis ace Martina Navratilova says Serena Williams’ quest for a record-tying 24th Grand Slam title has limitations, and stresses that “time is not her friend,” as her body “is still ageing,” even when at rest.

The 18-time Grand Slam champ said the enforced pause in the tennis season caused by the Covid-19 pandemic would have a serious impact on Williams, given that she’s been forced to sit out a major part of the season.

“Time is not her friend. Yes, she gets to rest, but her body is still ageing, even though she’s resting. I think, emotionally, it would be really hard to stay motivated and keep your routine,” Navratilova said.

“But I know she’s still fired up and wants that record. She’s been going after it for a while now.”

The 38-year-old American has already taken part in four major finals and the US Open since returning from maternity leave, and is desperate to match Margaret Court’s long-standing record of 24 Grand Slam titles.

However, her attempts to repeat Court’s achievement have been unsuccessful so far, as she’s repeatedly lost to less decorated rivals.

Williams is expected to take part in the 2020 US Open, which will be held in New York from 24 August to 13 September, despite coronavirus fears. 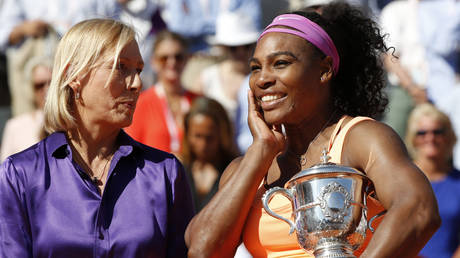