Widespread reports say that Tiger Woods is in hospital after emergency services were forced to cut the golf legend out of his car following an accident in Los Angeles, with local officials confirming that firefighters attended.

The accident is said to have happened between Rolling Hills Estates and Rancho Palos Verdes on Tuesday morning, with the LA County Sheriff’s Department confirming Woods’ involvement.

“The driver and sole occupant was identified as PGA golfer, Eldrick ‘Tiger’ Woods,” the department announced.

This morning @LMTLASD responded to a roll-over collision in which @TigerWoods was injured. Please see our statement… pic.twitter.com/cSWOxKZC1w

BREAKING: What is presumed to be a shot of Tiger Woods’ car after being involved in a single car accident in LA County… pic.twitter.com/buQIRVYAXV

“Mr Woods was extricated from the wreck with the ‘jaws of life’ by Los Angeles County firefighters and paramedics, then transported to a local hospital by ambulance for his injuries.”

The investigation is ongoing, with the extent of Woods’ injuries still unclear. 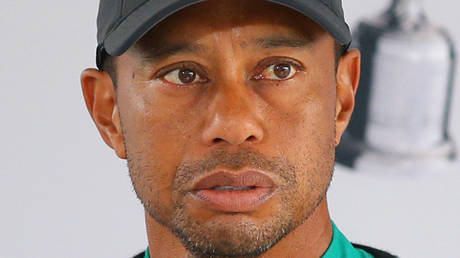