The Pittsburgh Steelers are anything but thankful after their Thanksgiving primetime game with Baltimore was canned after the Ravens recorded several positive tests after a coach failed to disclose he was infected with the virus.

Baltimore announced on Wednesday that they have disciplined an unnamed member of their coaching ticket related to an outbreak of COVID-19 at their practice facility which resulted in several players getting infected, and forced the postponement of Thursday’s high-profile fixture with their division rivals.

Per a report by NFL.com, the breach of COVID safety protocols was a severe one. The coach in question is understood to have repeatedly failed to wear a face mask or a tracking device for contact tracing, and it was also reported that the coach failed to notify the team that he was experiencing symptoms and had several close contacts with players, almost certainly leading to the spate of infections record by the team and ultimately the postponement of Thursday’s game.

This has been a huge point of contention with several members of the Steelers roster. Earlier in the season, Pittsburgh had another game postponed due to their opponents having players and staff test positive – with the NFL amending the situation by moving the Steelers’ bye week to accommodate the change.

Statement from the Baltimore Ravens. pic.twitter.com/EjDmDSt2Ky

The problem, though, was that several members of the squad reporting that they had made plans for their originally scheduled bye week which were scuppered by the change, with one player even reporting that it means that he will miss his child’s birthday.

And now, after being deprived of the opportunity to appear in the Thanksgiving primetime game – which can command TV audiences upwards of 30 million – this prompted several members of the Steeler Nation to lash out on social media.

i’m not gone lie @NFL THIS IS BULLSHIT…

First the NFL takes away our bye week because another team can’t get their Covid situation together, now they take away our Thanksgiving primetime game for the same reason. Smh.

to talk about what exactly? how they keep F**in us. we had a week 4 bye cause of this, now the only time we look forward to some rest was after one of the biggest PRIMETIME games we no longer have. we keep getting screwed this year. https://t.co/926ImapBOO

As of late Wednesday, the Ravens listed seven players as being unavailable after having tested positive for COVID-19 or listed as a close contact of another confirmed case. There are also additional cases spread out among the team’s coaching and support staff.

The team is conducting all training (in so much as that is possible) and meetings remotely after having closed their entire facility in the wake of the positive tests. Star running backs Mark Ingram and J.K. Dobbins are two of the players known to be among the confirmed cases.

The game with the Steelers has been provisionally rescheduled for this coming Sunday to allow for further testing and contact tracing to take place. 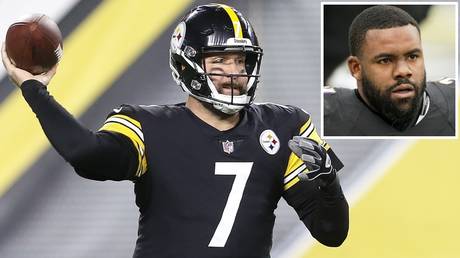