‘Things like this affect the team’: England boss Southgate HITS OUT at his squad’s ill-discipline following latest COVID-19 breach

‘Things like this affect the team’: England boss Southgate HITS OUT at his squad’s ill-discipline following latest COVID-19 breach

England boss Gareth Southgate has criticized three of his players for breaching COVID-19 protocols in what is the latest in a string of off-the-field incidents he has been forced to deal with in recent weeks.

Southgate warned his young players that they were risking their reputations after a trio of players, Tammy Abraham and Ben Chilwell of Chelsea and Borussia Dortmund’s Jadon Sancho, were ruled out of selection consideration for Thursday’s game with Wales after they breached COVID-19 safety protocols last weekend.

This is the third successive England camp which has been marked by poor discipline of players and follows the Icelandic scandal last month in which Mason Greenwood and Phil Foden were heavily criticized after being found to have broken team rules by bringing local women into the team hotel in another lapse in coronavirus safety standards.

Manchester United captain Harry Maguire was also at the center of a scandal the previous month after being arrested and subsequently charged by Greek police for a fracas on the island of Mykonos.

And with these incidents gathering more and more column inches, Southgate says that his players must be acutely aware of their responsibilities.

“We have to recognize that things like this affect the team,” Southgate said.

“They affect the energy. They take time to deal with and that time would be better spent being able to focus on preparing for training, having coaching conversations with players.

“You want an environment with the players that the pressure on the team is not made higher than it already is by having this circus going around it. We have achieved that very well. The players who have been with us for a long time deserve huge credit for that.

“We are going back to Iceland and some of the squad this week were involved and they have had to get through a lot of rough to get to a point where the team were respected and getting results which have not been achieved for 20 or 30 years and we are not prepared to let that disappear.

The players have been forced to delay their entry to the squad due to the potential risk of infection, but Southgate says the time off will give them time to consider their actions.

“In terms of a few days off, I’m not sure that’s what any of those players wanted,” he said.

“They are missing the opportunity to play for England. They may well depending on assessment of symptoms or testing, if they are not back with us before Friday, and that’s difficult to gauge those timelines, then they will miss Sunday’s game as well. So that affects the team and affects them really.” 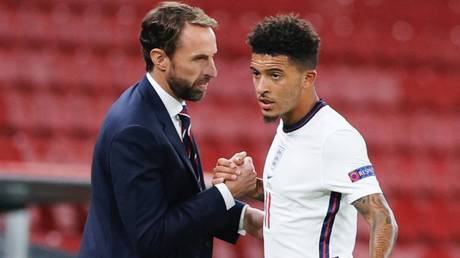