‘They were burning churches and Bibles’: England rugby star refuses to take a knee because of BLM protest actions

‘They were burning churches and Bibles’: England rugby star refuses to take a knee because of BLM protest actions

England rugby international Billy Vunipola has said he did not take a knee before a match at the weekend because elements of the Black Lives Matter protests clash with his religious beliefs.

Lining up for club team Saracens against Bristol in a Premiership match last weekend, Vunipola chose to stand while some fellow players – including his brother Mako – dropped to one knee.

Vunipola has now explained his decision, saying he has issue with some of the scenes of destruction witnessed amid BLM protests.

“What I saw in terms of that movement was not aligned with what I believe in,” Vunipola said on the ‘The Good, The Bad & The Rugby’ podcast.

“They were burning churches and Bibles. I can’t support that. Even though I am a person of color, I’m still more a person of, I guess, Jesus.”

The Brisbane-born Vunipola, 27, is a devout Christian and came under fire last year for his apparent support of Australian international Israel Folau, who was sacked after writing on social media that “hell awaits” homosexuals.

Vunipola was also slapped with a warning by English rugby bosses for writing at the time that “man was made for woman to procreate that was the goal, no?”

Also speaking on that controversy this week, Vunipola said he would do things differently but had still “made his position clear.”

“I could easily have been, ‘I’m not going to support this.’ I didn’t sleep for two or three days after I saw his post because something inside me was saying, ‘Do you actually believe in Jesus Christ or do you not?’” said the No. 8, who has 51 England caps to his name.

“I didn’t enjoy being ridiculed but at the same time what I did find comforting is that I stood up for my faith and I didn’t just fall by the wayside.

“[Now] I wouldn’t go about it the same way. I’d talk to whoever had any questions. If it happened again now and I was asked, ‘Billy, do you stand in support of it?’ I would have to say yes because I’ve made my position clear.

“The way Folau came out with it was very abrupt and direct. Sometimes the Gospel is direct.

“But at the same time, we need to accept people for who they are and what they want to do with their own lives. It’s not for me to judge, it’s for God.”

English rugby appeared divided at the weekend over how to mark the BLM protests. Some players took a knee while others remained standing but wore T-shirts with the message ‘Rugby Against Racism’ written across the front. 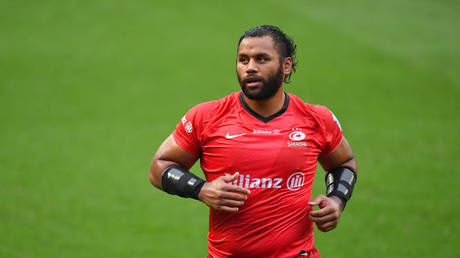