Close
Trending News
HomeSportThey might be pampered millionaires, but Premier League stars are being cajoled into getting the Covid jab just like everyone else

When it comes to being harried and hassled into getting vaccinated, even being a multi-millionaire Premier League footballer doesn’t get you a free pass. In that respect, Cristiano Ronaldo and Co. are just like the rest of us.

Footballers are often seen as living in a bubble: pampered and preening, with their every whim attended to by an army of fawning assistants and club staff.

Broadly speaking, the perception is that most of the players in the millionaire boys’ club are detached from reality, and thus unafflicted by many of the problems or decisions that the rest of us are often forced to agonize over.

But there are times when we’re reminded that football and its high-level protagonists don’t exist in a complete vacuum, and that the bubble is not as entirely imporous as it sometimes seems.

The coronavirus pandemic is one such instance.

When Covid arrived last year, football shut down, just like factories, shops and countless other industries.

Footballers were left working from home and twiddling their thumbs like millions of others – albeit in far more salubrious surroundings.

In that respect, the pandemic was something of a leveler, a rare shared experience between elite athletes and mere mortals.

That continues to be true as we navigate a way out of the pandemic, and particularly as governments around the globe step up their efforts to get populations fully vaccinated.

Just as with fans, footballers have not been immune to the relentless messaging from politicians and health officials about the necessity of making sure they’ve had their jab of AstraZeneca, Pfizer, or whatever other variation is the order of the day.

Which brings us to one of the latest broadsides aimed at Premier League stars in England, in the form of a personal message from the UK’s deputy chief medical officer Jonathan Van-Tam.

According to details shared in the Daily Mail, Van-Tam – a big football fan – is said to have made a video circulated among clubs in a bid to persuade any jab dissenters to change their minds.

“The best protection for you and for everyone – and I’m not mincing my words here – is the vaccine,” Van-Tam apparently tells players in straight-talking fashion.

After detailing the benefits of being jabbed – less likelihood of suffering severe illness if you catch Covid, ease of travel for European fixtures, etc – Van-Tam addresses some of the stories surrounding the side-effects of the jab.

“They can occur, but they are extremely rare,” the Mail quotes the health official as saying.

“The one that’s talked about is heart inflammation. I say to you plain and straight that that is documented as a risk.

“But the risks of heart inflammation are far, far higher from Covid than from having the vaccine.”

Van-Tam’s implorations continue with a nod to the Premier League’s devout Muslim players, as he explains there are no animal products in vaccines and no alcohol in the Pfizer version.

You’ve no doubt read most of them and made up your mind, so there’s little need to go into them again here.

Likewise, vaccine stats are widely and frequently published – the latest in the UK show that fast approaching 50 million people have been given at least one dose of a coronavirus vaccine.

The majority of Premier League clubs, however, have been reluctant to go public with the vaccination rates of their players, with Leeds United, Wolverhampton Wanderers, and Brentford being three exceptions.

Elsewhere, reports have claimed that as many as one third of players in the three leagues (the EFL) below the English top tier are yet to get the jab and are reluctant to do so.

If accurate, that presents an apparent disparity with the rest of the population.

Earlier this month, Arsenal manager Mikel Arteta publicly pleaded with his players to get vaccinated after a number of them tested positive for Covid.

Arsenal perhaps have the highest-profile known vaccine dissenter in the Premier League ranks in the form of midfielder Granit Xhaka.

Xhaka recently tested positive on international duty with Switzerland, leading the Swiss FA’s head of communications, Dominique Blanc, to confirm that the footballer hadn’t been jabbed.

The backlash was such that Blanc had to remind people that it was still, fundamentally, a personal choice – despite Xhaka being publicly called out by the likes of Jose Mourinho.

“Granit has faced hostility and accusations publicly and in the media and been personally threatened and insulted. We do not accept or tolerate that,” said Blanc.

“We stand for respect and tolerance – these are essential basic values ​​of our association. We urge and ask everyone to respect and tolerate this personal decision by Granit Xhaka and every other person in our country.”

In some areas, though, freedom of choice seems to be a concept that is waning.

Despite the UK government scrapping its plans (at least temporarily) for vaccine passports in the broader population in England, the Premier League will carry on enforcing its requirements for fans to prove their Covid status by showing full vaccination certification or a negative test.

Some clubs have reportedly been carrying out spot-checks to ensure fans at stadiums are compliant.

If the situation changes to mean that fans will have to be fully vaccinated to attend games and a simple negative Covid test won’t suffice, it doesn’t seem long before the same will follow for the players themselves (if not even sooner).

The players – just like the hundreds of thousands of fans who support them week in, week out – are being pressed into rolling up their sleeves and getting the jab, if they haven’t done so already.

So whether for or against vaccination, you can rest assured that you’ll be subjected to the same kind of relentless promo campaigns as the likes of Cristiano Ronaldo, Harry Kane, or any other of the Premier League’s top stars.

In that respect, it really does seem like a level playing field. 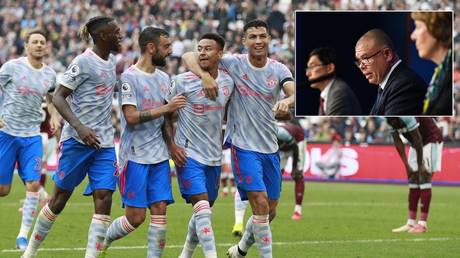