In scenes reminiscent of David Fincher’s 1999 film, an unlicensed New York City ‘Fight Club’ was raided by police who discovered around 200 people drinking, smoking and throwing hands, leading to 10 arrests.

It was mused by Brad Pitt in the Oscar-winning movie that the first rule of Fight Club was to not talk about it, and it seems that this rule went unobserved by some leading to the NYPD raiding the so-called ‘Rumble in the Bronx’ where they discovered a large crowd of people “watching and participating in an amateur fighting event,” according to a Sheriff’s office statement.

Police also say that they confiscated two illegal guns as well as discovering a “significant amount of marijuana“.

They forgot the first two rules of Fight Club. https://t.co/EPhHi6vx6r

So..there was a tornado warning AND a 200 person fight club broken up in the Bronx…I guess the rules about fight club are different during a pandemic

Rumble in the Bronx CEO Michael Roman who, to continue the analogy, appears to be the Ed Norton figure in this saga (or would that be Brad Pitt again? We’re not sure) was among the 10 people arrested at the underground event and faces several charges including unlawful assembly and conducting a prohibited combat sport.

Roman had allegedly maintained an active social media page for the event which promoted various fights including one scheduled for Orlando, Florida in December in what could be considered a gross violation of Fight Club’s code of ethics, at least as outlined in the motion picture.

The advertisement promoted the availability of drinks, food, hookah – as well as indicating that the show would be live-streamed online and that free facemasks would be available for attendees, something which wasn’t apparent at the Bronx event.

The Instagram page associated with the Fight Club isn’t online as of Monday, but reports state that it featured footage of amateur fights taking place inside cramped venues and on public streets. 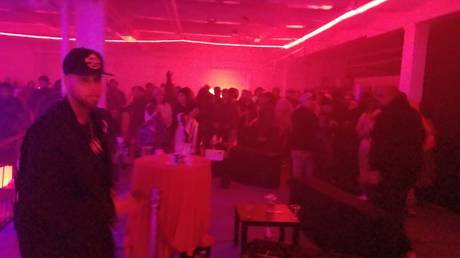 Not so fast: Knighthood decision f...

Lost ‘mass extinction’ with a MILL...