‘The world’s going mad’: Angry fans blast ‘WOKE BBC’ as ex-football star is AXED for daring to use harmless ‘handbags’ term on air

‘The world’s going mad’: Angry fans blast ‘WOKE BBC’ as ex-football star is AXED for daring to use harmless ‘handbags’ term on air

Fans have accused the BBC of an “absolutely ridiculous” over-reaction after a radio pundit was dropped for using the term “handbags”, accusing people who complained about his comments of being “offended by every single thing”.

Former Leicester and Sheffield United defender Steve Thompson was working on a lower division match for BBC Radio Lincolnshire when he used the harmless term, which is even defined in the dictionary as “an incident in which people, ­especially sportsmen, fight or threaten to fight but without real intent to inflict harm”.

Thompson is said to have been “devastated” by the corporation’s decision to suspend him over complaints about his description of a minor altercation during the match, which has shocked fans and sparked a campaign to reinstate the veteran co-commentator.

“‘Tommo’, who commentates on Lincoln City games, has been suspended by the woke BBC for saying an incident during Tuesday night’s game against Swindon involving two players was ‘just handbags’,” said author and Lincoln fan Bernard O’Mahoney.

What is our country coming to…..

Absolute joke you hear it in match of the day all the time. Sky sports almost every game that has a scuffle in it.

Couldn’t agree more. This woke nonsense is ruining every day life. The hypocrisy of the BBC is astounding. I’m certainly going to miss Tommo’s commentary, insight & especially his banter. There’s no harm in him whatsoever. And whoever complained, you’re pathetic. #UTI

“Who are these deluded clowns suggesting that ‘handbags’ is offensive? Women? How does that offend them?

“The world’s going mad and the normal people left among us need to make it stop. This guy has a family, it’s his job and the BBC think they can punish him for saying f*cking ‘handbags’.”

Karl McCartney, the long-serving Conservative Member of Parliament for Lincoln, was unimpressed. “Oh dear,” he reacted, telling the radio station to reverse the move and show more common sense.

“After all your great work through the pandemic, don’t let it be spoilt by such silliness. I heard the remark live and there was no intent to offend. [The phrase is in] common usage and it is a complete over-reaction to suspend him.”

Too woke , it was a sportsman’s comment on a sporting incident, between two sportsmen! Or should I say sportspersons? Get a grip

Political views aside for this one guys. The BBC has gone from a much loved, highly respected institution to a laughing stock in less than a generation. Ppl don’t even try to argue now, they just laugh and shrug.

Or we could just accept it has homophobic connotations, accept that it’s outmoded terminology. He broke the rules of his employer and move on. I am not sure it’s the BBC that’s out of touch.

The corporation did not offer an immediate public response to the row, but a supporter of their decision reasoned: “We could just accept it has homophobic connotations and accept that it’s outmoded terminology.

“He broke the rules of his employer and [we should] move on. I am not sure it’s the BBC that’s out of touch.”

O’Mahoney reeled off a long list of occasions on which the word has been used by broadcasters and high-profile figures over the years, including by England star Jack Grealish, who described an on-pitch row between international teammate Tyrone Mings and fellow Aston Villa player Anwar El Ghazi last year as “all handbags”.

“It’s not just Lincoln fans who listen to the football,” pointed out a fan. “The BBC shouldn’t be entertaining a complaint like that. They are trying to be woke.”

A ridiculous decision by BBC

Surely that means someone complained? So it’s the Lincoln city fans that are “woke” not the BBC and maybe we should wait for a statement from the BBC before we get the handbags out 🤷‍♂️

Others told the complainants to “get a f*cking job” so that they had less time to be “offended by every single thing”.

“Being genuinely offended by something and seeking out things to be offended about on behalf of others are massively different things,” one respondent told O’Mahoney.

“There is definitely a recent trend of people looking to be offended and ruining careers for things said 20 years ago.

“Obviously they’ve run out of things to complain about from today’s world, so they’ve started trawling history. [They are] oxygen thieves.” 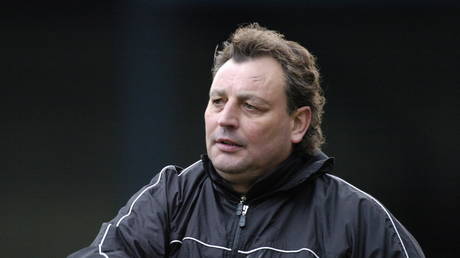