Juventus star Paulo Dybala has lashed out at those who deny the existence of Covid-19, comparing them to ‘flat Earth’ believers.

The Argentine international, who spent almost a month in self-isolation after contracting the virus in March, said that he “struggled to breathe” while battling the disease.

READ MORE: The clamor for ‘diverse & inclusive’ new FA boss is becoming counterproductive – credentials, not skin color, should be key

The 26-year-old said he was not afraid of getting infected again, but that Covid-19 deniers remind him of so-called ‘Flat Earthers’.

“Covid deniers have the same intellectual value as the flat-Earthers. Do not let me add more,” the player said, Football-Italia reported.

In March, Dybala announced that he and girlfriend Oriana Sabatini had tested positive for Covid-19, adding his name to the long list of sport stars affected by the virus.

The player needed more than two months to fully recover and return to Serie A, which restarted only in June. 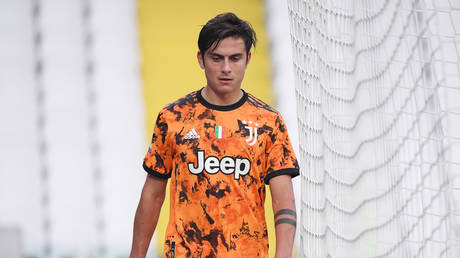