Liverpool’s 30-year wait for a top-flight title ended in midweek after Manchester City lost to Chelsea at Stamford Bridge. It gave the Anfield club their first title of the Premier League era, as Klopp’s side secured the title by a massive margin.

The achievement has been hailed in some quarters as one of the greatest championship seasons in Premier League history, with the club sitting 23 points clear of their nearest rivals with seven games of the season remaining.

Klopp’s achievement in leading Liverpool to the title was celebrated by his former club, with sporting director Zorc releasing a club statement, saying, “Congratulations, Jurgen! You are the greatest! It’s not for nothing I’ve for many years now been calling you the Muhammad Ali of football.”

The club’s CEO Hans-Joachim Watzke added to the Dortmund plaudits, saying, “At least since the title win, he ranks among the world’s greatest managers.”

Klopp was already a revered figure at Dortmund, where he took over a struggling club and led the side to back-to-back Bundesliga titles and a UEFA Champions League final before heading for the Anfield hot seat.

Klopp led Dortmund to back-to-back titles including a domestic double early last decade and the Champions League final in 2013.

Now he will be hailed as a legend at one of English football’s most storied clubs after bringing title success back to Merseyside for the first time since 1989-90. 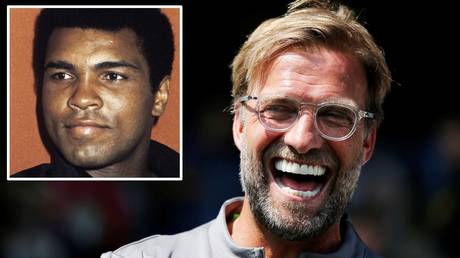 Public loos could be spreading cor...