‘The family has not received anything’: Emiliano Sala’s family claim Cardiff City have FAILED to deliver on memorial fund promise

‘The family has not received anything’: Emiliano Sala’s family claim Cardiff City have FAILED to deliver on memorial fund promise

The family of Emiliano Sala has claimed that Cardiff City FC has failed to honor their word in donating to a fund in honor of the Argentinian striker who died in a plane crash hours after joining the club last year.

Sala died in January 2019 when a plane he was travelling in crashed in the English channel the evening before he was due to take part in his first training session with then-Premier League club Cardiff.

A dispute between the Welsh side and the team they were purchasing him from, Ligue 1 club Nantes, has been ongoing with Cardiff disputing the requirement for them to pay the £15 million ($19.6 million) transfer fee, saying that they transfer hadn’t yet been completed despite having announced the deal days prior.

A further source of dispute has now come from the Sala family, who claim that Cardiff withdrew the offer of a donation to Sala’s trust fund “with no explanation.”

“Cardiff contacted the family to make a donation to them, but they came back to Argentina with nothing,” a lawyer representing the Sala family said.

“They did not have an explanation why they decided to take back the offer. We read in January that the family was happy and everything was sorted, but that’s actually not true.

“We want to make it clear the trust has not paid out, the family has not received anything and are in a very difficult economic situation.”

In January, around a year following Sala’s death, Cardiff announced at a supporters’ forum to mark the launch of the Emiliano Sala Memorial Trust that they would donate “a substantial amount of money” to the fund, with chairman Mehmet Dalman challenging “any agent who has taken the high ground” to contribute.

“I’d say put your money where you mouth is,” Dalman said at the time.

Sala’s family, though, allege that Cardiff have not followed through.

“Emiliano is not there and they really need this money,” the Sala family lawyer continued.

“It has been really difficult to get an agreement with the club for different reasons and it is very frustrating.

“We have reached a very difficult point in our communications with Cardiff’s representative, but I think it can be solved.” 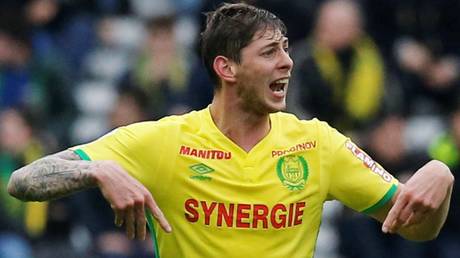