The end is Kai: Chelsea set to complete $117 MILLION signing of Kai Havertz, thanks to Marina Granovskaia

The end is Kai: Chelsea set to complete $117 MILLION signing of Kai Havertz, thanks to Marina Granovskaia

Chelsea are on the brink of snaring long-term transfer target Kai Havertz, with reports suggesting that the arrival of the coveted attacking midfielder will precede the potential signing of defenders Thiago Silva and Ben Chilwell.

Speculation linking the Blues with Havertz had intensified over the course of the 21-year-old’s outstanding season at Bayer Leverkusen, where he scored 12 times and set up six goals to become one of the most hotly-tipped young talents in Europe.

Marina Granovskaia, Chelsea chairman Roman Abramovich’s transfer chief, has now agreed a final deal of around $93 million upfront and future fees of more than $23 million, according to expert Fabrizio Romano.

The transfer reporter said that Havertz had been keen to complete his long-anticipated switch after speaking to Chelsea coach Frank Lampard, who was one of England’s finest attacking midfielders and has already invested heavily in central creative talents such as American youngster Christian Pulisic and Ajax playmaker Hakim Ziyech.

Chelsea submitted their latest bid on Friday, persuading Leverkusen to agree to the transfer having held out for several weeks, Romano revealed.

The promise of Champions League football next season, which he would not have had at the Bundesliga club, is also certain to have been a major factor in Havertz’s desire to move to Stamford Bridge.

His suitors sealed their place in the competition by confirming a fourth-place Premier League finish on July 26, while any hopes Leverkusen had of joining them ended when they were knocked out of the Europa League with a 2-1 defeat to Inter Milan two weeks ago, despite Havertz scoring the equalizer.

“He has work to do and has things to prove because he’s only just turned 21, but he’s an outstanding talent – there’s absolutely no doubt about that.

“He’s in a position where he could dominate the German national team over the next decade, depending on his position.

Havertz is expected to sign a deal until 2025 in the first of three major potential signings for Lampard.

The closest to completion is a move for Thiago Silva, the veteran Brazil defender who played his last match for Paris Saint-Germain in their 1-0 defeat to Bayern Munich in the Champions League final on Sunday.

The 35-year-old has flirted with Fiorentina but is close to joining Chelsea rather than moving to the Italian side as Lampard adds experience to his suspect defense.

“I want to play for three or four years more and be part of the Brazil team at the [2022] World Cup in Qatar,” Thiago explained after suffering defeat in Lisbon.

“I’ve not accepted any bid. My agent is talking with Fiorentina and with other clubs. I’ll decide in the coming days with my family.”

The chances of 23-year-old England defender Ben Chilwell joining Thiago at the back next season are looking less likely after he reportedly visited a specialist for analysis on a troublesome heel injury.

Leicester are believed to have dropped their asking price for the full-back to around $65 million, but Chelsea may cool their interest should the diagnosis of the injury rule Chilwell out for a significant part of the start of the new season. 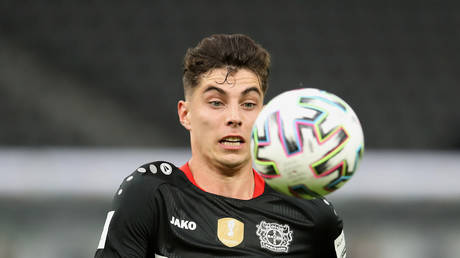 Mystery over radio signal being be...