While Dagestan has produced a host of MMA stars, including UFC lightweight champion Khabib Nurmagomedov, the region has also produced another spectacular fighting champion, ONE bantamweight kickboxing champ Alaverdi Ramazanov.

Three-time IFMA World Champion Alaverdi Ramazanov is from the rugged Dagestan republic of Russia, which is known for producing elite-level combat sports athletes.

His sporting life started out very differently, with the young Russian pursuing his athletic endeavors in the pool as a competitive swimmer.

But after feeling unfulfilled by his exploits in the water, he transitioned to a very different challenge at the age of 13 – Muay Thai.

Ramazanov trained “The Art of Eight Limbs” for five years before making his full professional debut as an 18-year-old. And once he got started, it quickly became apparent that switching from the pool to the ring was a very good idea indeed.

Ramazanov reeled off a succession of victories as he swiftly established himself as a dangerous newcomer to the sport.

In a bid to take his career to the world stage, he moved to Thailand to train full time at the Venum Training Camp in Pattaya. The move paid off, as he became a three-time IFMA Muay Thai world champion.

His exploits in Thailand, coupled with his high-octane, fan-friendly fighting style, soon attracted the interest of ONE Championship, who signed the young striker to compete in their newly-formed all-striking league, ONE Super Series, where the world’s best stand-up fighters compete in Muay Thai and kickboxing matchups on ONE’s big-arena multi-discipline fight night events.

Despite competing predominantly under Muay Thai rules, Ramazanov enjoyed his biggest success to date under the kickboxing ruleset when he switched codes and defeated China’s Top King Muay Thai world champion Zhang Chenglong to capture the ONE bantamweight kickboxing world title at ONE: Mark of Greatness in December 2019.

Now Ramazanov, whose fighting nickname has changed from “Dagger” to “The Babyface Killer,” is an established star in ONE Championship, where he hopes to one day add a second world title to his name as he bids to capture the bantamweight Muay Thai belt and become a combat sports rarity – a two-sport world champion. 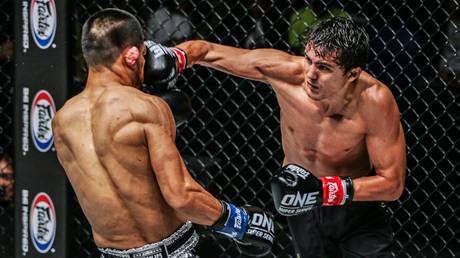 Schools reopen to all kids in Wale...