Transgender students in Texas will no longer be allowed to compete in sports based on their gender identity now that Governor Greg Abbott has signed legislation requiring participation to be dictated by biological sex.

Abbott signed the bill on Monday, making Texas the 10th and the largest US state to enact some sort of prohibition on biological males competing in girls’ sports. The new law, if not challenged, will take effect in January, eliminating a loophole that currently allows students to participate in sports according to their declared gender identity if they legally modify their birth certificates.

Critics, such as the LGBTQ activist group Human Rights Campaign (HRC), have decried the new Texas law as discriminatory and harmful to transgender children.

“This is a dark and frightening day for thousands of families in Texas who fear for the safety and future of their transgender children,” HRC Texas director Rebecca Marques said on Monday. “Transgender animus is on the rise in Texas and across the country, as evidenced by discriminatory legislation, and this only serves to give fire to the hate we’re seeing.”

However, proponents of such bills in Texas and other states have argued that legislation is needed to protect girls from injury or unfair competition resulting from having to compete with transgender students who have biological advantages in strength and speed.

And while HRC argued that transgender students are being banned from participating in sports “alongside their peers,” supporters of the new law pointed out that children can still compete – but only with classmates of the same biological sex.

State Representative Valoree Swanson (R-Spring), who authored the Texas legislation, has argued that allowing biological males to compete with females is a safety risk and unfairly reduces opportunities for girls to earn championship trophies and college scholarships. In response, the HRC and other groups have accused Republican lawmakers of passing anti-transgender laws to score political points by attacking a non-existent problem. 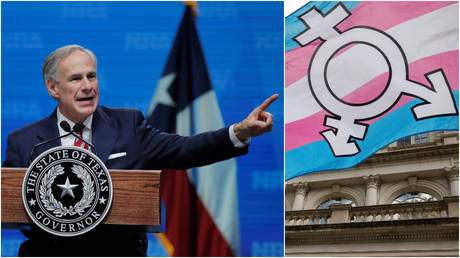 How to unlock Fortnite Rainbow Rac...