The Russian Football Union has begun an inquiry after Mikhail Kolosov, of the Olympic club in Moscow, suddenly lost consciousness during a training session at the Rublevo stadium and was unable to be saved by doctors.

The young footballer was taking part in a session in west Moscow when he started having seizures and was taken by ambulance to the Bashlyaevea children’s hospital, according to daily newspaper MK.

The Russian Football Union is investigating the situation surrounding the passing of the 17-year-old, who is said to have trained at the Children’s and Youth Sports School-80.

In a statement, the union expressed condolences to Kolosov’s friends and family and added: “The player was taken to the intensive care unit but the doctors failed to save Mikhail’s life.

“The RFU is clarifying the circumstances of the death of the player.”

The tragedy follows the death from heart failure of Innokenty Samokhvalov, a Lokomotiv Moscow defender, during a training session in April.

A fundraising effort to support the 22-year-old’s wife and son raised around $137,000 in one day. 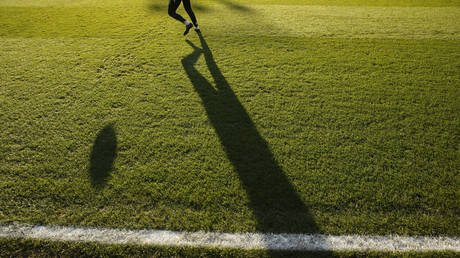