Prior to becoming a fighter, Di Segni developed a love for tattoos and became a pin-up model for the famed punk-rock website “Suicide Girls.” But, despite her successes in front of the camera, Di Segni also had a second career path to pursue – as a mixed martial artist.

The 32-year-old made her mixed martial arts debut back in 2014 as an amateur and eventually went on to win the IMMAF world amateur flyweight title at the 2015 world championships before turning professional in South Africa with Extreme Fighting Championships.

Fighting initially as a flyweight, Di Segni went 1-1 as a professional before moving her training camp to the acclaimed Jackson Wink team in Albuquerque that has trained a host of world champions, including Jon “Bones” Jones.

The move also coincided with a drop to strawweight, and paid off immediately, as she won five fights in a row, including a split-decision win over Cory McKenna, who recently earned a spot on the UFC roster.

A fight on Dana White’s Contender Series ended in defeat as she was unable to earn a UFC contract and she returned to the regional circuit in search of more success. Now she’s back in action and looking to capture the inaugural strawweight title in Spanish MMA promotion AFL.

Di Segni takes on France’s Audrey Kerouche in the main event at AFL Valkyries looking to capture championship gold and grab the attention of the world’s top promoters.

Victory could see her earn another shot at the UFC, or a possible contract with Bellator, as she looks to make her mark on the global MMA stage. 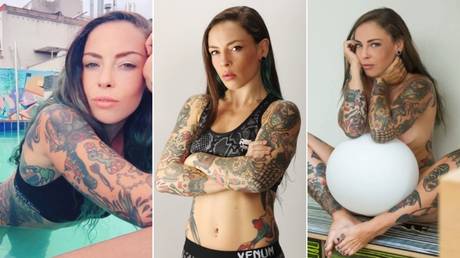