Close
Trending News
HomeSport‘Take it like a man’: Jake Paul tells ‘b*tch’ Woodley to fulfil tattoo bet ‘and then we can talk maybe about a rematch’

‘Take it like a man’: Jake Paul tells ‘b*tch’ Woodley to fulfil tattoo bet ‘and then we can talk maybe about a rematch’

‘Take it like a man’: Jake Paul tells ‘b*tch’ Woodley to fulfil tattoo bet ‘and then we can talk maybe about a rematch’

YouTube boxer Jake Paul has told Tyron Woodley to make good on his word and get an ‘I love Jake Paul’ tattoo if he wants to secure a rematch after losing Sunday night’s boxing match by split decision.

Ex-UFC champion Woodley was defeated by novice boxer Paul in their heated grudge match in Cleveland, with former Disney child star Paul taking the split decision win despite almost being sent through the ropes in the fourth round.

But it wasn’t just bragging rights on the line in Ohio after the pair shook hands on a bet which would see the loser of the fight getting a tattoo which professes their ‘love’ for their victorious opponent – with Paul even flying in a renowned tattoo artist to the event to ink the defeated fighter.

Woodley, though, attempted to switch gears in the moments after the decision was read aloud, telling Paul in the ring that he would indeed get the tattoo right then and there – but only if his opponent agreed to a rematch.

Speaking to Ariel Helwani on Monday, Woodley claims that this new agreement – which Paul shook on – “supersedes” their initial one and that he will get the aforementioned tattoo as soon as contracts are sent to him for a second scrap.

Jake Paul: “Tyron, you’re a b****! You lost! Take it like a man. Get your tattoo and then we can talk maybe about a rematch. Until then, shut the f*** up!” 😤 (via @jakepaul) pic.twitter.com/ViGdxNcOcR

5. Has to be visible with shorts and shirt on✅

“Tyron, you’re a b*tch! You lost! Take it like a man,” Paul said in an online video.

“Get your tattoo and then we can talk maybe about a rematch. Until then, shut the f*ck up!“

This comes after Paul also compelled Woodley to get the tattoo in his post-fight press conference late Sunday.

“I told him, if he wants to get the tattoo, put it on his Instagram,” Paul said. “Permanent tattoo then maybe we’ll talk about it.

“But to be honest, I won convincingly. We’re gonna go back to the drawing board, but I think I proved a lot tonight.”

Woodley’s campaign for a do-over with Paul will come as some concern to Tommy Fury, the British fighter (and half-brother of heavyweight champ Tyson Fury) who had been positioned as Paul’s next foil after defeating MMA fighter (and Paul sparring partner) Anthony Taylor on Sunday’s card.

Fury wasted little time after what was somewhat neutered performance against Taylor to issue a challenge to Paul for what would be a fight between two boxers with significant social media followings – a key contributor to this new trend of ‘celebrity’ boxing.

However, all of these future plans may be in jeopardy following a brief tweet issued by the American overnight in which he claimed that he was “retired” from boxing.

As has been noted on these pages many times, retirements in combat sports are often a temporary measure – and it is hard to see Paul stepping away from the sport after just four professional fights, and without having faced a an opponent with a real boxing background – a challenge which Tommy Fury would surely present.

Paul’s apparent pseudo-retirement would also be in opposition to the multi-year, multi-fight deal he signed with Showtime to promote his upcoming fights, a deal which could be worth tens of millions of dollars to the upstart boxer.

And while it is likely, certain even, that Jake Paul competes again, the identity of his next opponent seems set to be the source of much speculation in the coming weeks and months. 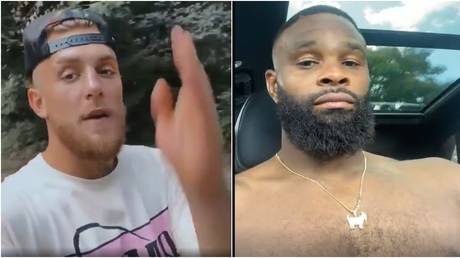