Former top-tier Israeli athlete, Svetlana Gnezdilov, who holds the national record in the heptathlon, has been detained on accusations of organizing a sex-trafficking scheme and engaging persons for prostitution.

The Ukrainian-born athlete, who represented Israel at three world championships, was accused of running a network of brothels under the guise of massage parlors.

Women allegedly crossed the Israeli border pretending to be tourists before being brought into the alleged prostitution network.

Gnezdilov and her husband were detained three weeks ago along with six other suspects during a raid organized by Israeli police, but their names were revealed only this week.

The woman denies any wrongdoing, her lawyer Orit Hayon insisting that she was involved in a massage business with no sexual or criminal implication.

“We are talking only about massage. My client denies that has to involve someone in prostitution. We are talking about a prominent woman, an athlete, a medalist, with no criminal record.

“She was treated like a criminal. Stating that she was unwell, that was not even considered. We believe that her detention over a period of 23 days was unnecessary,” Hayon said.

Along with sex crimes, Gnezdilov was also accused of tax fraud and money laundering, estimated in millions of Israeli shekels.

The athlete was born in Kharkov, but moved to Israel in 1996 together with her husband. She has represented her new motherland at international events, including world and European championships. 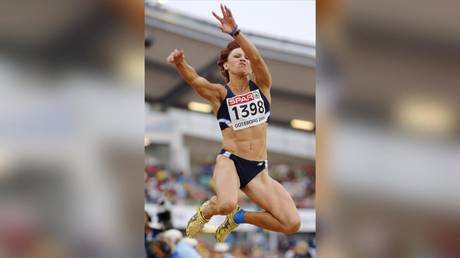