A coach for US high school team Bishop Sycamore has called for an end to a media frenzy into the team after they faced questions that the school ‘defrauded’ ESPN to appear on a television broadcast.

The little known Ohio-based school were blown out in a nationally televised game Sunday by opponents IMG Academy, losing the match by a score of 58-0 – and have since faced a torrent of questions as to how they were selected by ESPN for a televised game, and even whether the school actually exists in the first place.

ESPN and Paragon, their broadcast partner that selects high school games to be broadcast on the sports media juggernaut, said that they weren’t aware that Bishop Sycamore had played a game just two days before taking on IMG Academy, and also noted that the school’s roster didn’t have the several highly-recruited college prospects that they had claimed.

The ESPN commentary team quickly noted the mismatch in what was a one-sided affair and became concerned for player safety. They also stated that their research into the game turned up only scant information on the Bishop Sycamore high school team.

“We regret that this happened and have discussed it with Paragon, which secured the matchup and handles the majority of our high school event scheduling. They have ensured us that they will take steps to prevent this kind of situation from happening moving forward,” ESPN said in a statement, while Paragon also said that they would have cancelled Sunday’s fixture had they known Bishop Sycamore had played a game.

On Tuesday, just two games after the ill-fated game, Bishop Sycamore announced that they had parted ways with head coach Roy Johnson – and later that same day, Ohio governor Mike DeWine tweeted that he was “concerned by the recent reports and questions raised about Bishop Sycamore” after being briefed on them.

Now the team’s new coach, Tyren Jackson, has addressed the controversy and asked that the media “stop slandering” his student athletes.

#BishopSycamore’s new head coach, Tyren Jackson, posted this video to his Instagram story saying all the “accusations and allegations against the program … are completely false.” pic.twitter.com/cTftJiIgeQ

“I wasn’t gonna say anything but I’m gonna go ahead and address it now,” Jackson said on social media.

“We didn’t do anything negative. We did nothing but put kids from all over the country that play at high levels… we put them on national TV on the biggest stage to play at a high level. That’s all.

“So yes, I see all the allegations and I see the stuff. I see all the slander and yes, I’m putting my name on it because, at the end of the day, coming from where I come from, the humble beginnings I had – we all got pasts, man.

So a man’s past is his past. But as far as the program, these kids, these young men – it’s my job now, as the head coach, to make sure that you have more information given to you and provided to you about us so we don’t never had this problem again.

“The only reason everybody has something to say is because of the way it looked, and that is on us, as a culture and as a top-down organization, and we will fix that, but stop slandering these kids.

“They’ve been here with us the whole way through. Just stop. Worry about yourself and check yourself before you can ever worry about another man.”

Whatever happens, it is clear that there is some work to be done at Bishop Sycamore, who have been outscored by their opponents 342-49 since their football program began in 2020 – with four upcoming opponents already announcing this week that they have pulled out of scheduled fixtures with the high school. 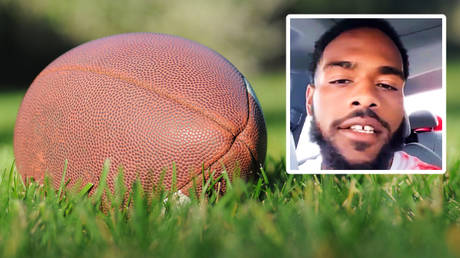 ‘I expected this deal to take plac...

Bow and arrow attack kills and injures multiple people in Norway, terrorism not ruled out (PHOTOS)

‘When you die, I celebrate’: McGregor takes aim at Dagestan, wishes death on Khabib’s manager before deleting poisonous tweets

Amazon rigged search results to favor its own knock-off products, despite denials – reports