Close
Trending News
HomeSportSport in the COVID era: Three sports that have DELIVERED during the pandemic, and three that have struggled

Sport in the COVID era: Three sports that have DELIVERED during the pandemic, and three that have struggled

Sport in the COVID era: Three sports that have DELIVERED during the pandemic, and three that have struggled

The arrival of COVID-19 has thrown the sporting world into disarray, with sports battling to continue during the ongoing pandemic. RT Sport looks at three that have performed well, and three that have struggled.

Let’s face it, the toughest sport on the planet has also adapted the best to life under COVID, with the UFC leading the way with their fight bubble approach.

The promotion took things to new levels when, in partnership with the Abu Dhabi Tourism Board, they established “UFC Fight Island” on Yas Island, where they have successfully held a host of big-time events. They have also repeated the trick back home in Las Vegas by establishing best practices for behind-closed-doors events held at their self-owned “UFC Apex” facility.

Bellator has followed suit with its self-contained “Fightsphere” setup at the Mohegan Sun Arena in Connecticut, while other promotions have followed similar blueprints to host smaller-scale events behind closed doors in both the United States, Europe and Asia.

As for the sport itself, well, the lack of fans in the stands hasn’t been as much of a loss as many thought it might be. Replacing the roar of the crowd (and the incredibly annoying “woo!” chants) is a different, but arguably even more compelling, soundtrack.

Every punch and kick can be heard as the strikes land with a thump, while viewers can also hear the corners shouting their advice during the fight. You can even hear the fighters themselves talking to each other during fights.

The sport has a different, more raw, more stripped-down, feel. But the best aspects of MMA remain. No other sport has adapted better, and no other sport seems to have fared better as a TV product during the pandemic.

The sport of boxing has many parallels with MMA, including, notably, the way the sport is staged for television. It means that boxing events, like those of their martial arts cousins, have been able to go ahead under stripped-down conditions.

Warren leveraged his relationship with U.K. broadcast partners to host shows live from the BT Sport studios in Stratford, London, while Hearn created “Fight Camp,” which saw shows take place in the back garden of the Hearn family’s Essex home. Fighters were isolated within a bubble and underwent COVID testing before competing in an outdoor environment dubbed “Matchroom Square Garden.”

Whether it’s the four-wheeled variety, such as Formula 1, or the two-wheeled equivalent, MotoGP, motorsport has adapted remarkably well to life as a traveling circus under COVID-19 restrictions.

The fact that the entire paddock – drivers/riders, teams and media – largely all travel from circuit to circuit, rather than face new opposition each week, means the bubble can be kept relatively tight. There have been issues with drivers testing positive, but those failed tests have come after drivers have returned home during larger gaps between races. But with a tight schedule, things have worked relatively well.

As for the on-screen product, the loss of fans has been almost a non-factor for fans watching on TV. Sure, we’ve missed the sweeping aerial shots of the circuits with 100,000+ fans packing the stands. And we’ve not seen the race winners celebrating in front of the grandstands after their victories.

But the soundtrack of motorsport doesn’t involve the fans at all. Motorsport is all about the roar of the engines, not the crowds. As a result, the likes of F1 and MotoGP have produced the goods on TV throughout their respective seasons, with some spectacular moments.

In short, while motorsport may miss the fans, as a TV sport, it hasn’t suffered at all.

The sport of tennis has really struggled to keep things moving amid the coronavirus crisis. Huge fields of players, the need for individual international travel and some questionable decisions regarding safety protocols in some areas has seen the sport attract bad headlines, as well as good, during the pandemic.

The Adria Cup was an unmitigated disaster, with a host of players, coaches and family members contracting the coronavirus after their involvement in the tournament, while concern over the quality of safety measures at Grand Slam tournaments, coupled with travel issues, meant the U.S. Open and French Open tournaments went ahead with depleted fields.

Maintaining a COVID bubble on the tennis tour has proved to be particularly difficult, and it’s meant the sport has struggled to continue with the same level of interest and intensity of late. Without a lack of fans in the stands, the matches themselves have also sadly lacked that edge, too.

The French Open attempted to run with limited fan attendance, but ever there was a sport that desperately wanted fans back, surely it’s tennis.

The most lucrative sport in the world has understandably had the greatest attention as the footballing authorities worked to get the players back on the field during the pandemic. However, without the fans in the stands, “The Beautiful Game” just isn’t quite the same.

The action on the pitch hasn’t been lacking, as the teams and players have gotten back to work and delivered plenty of excitement. But even the assistance of broadcast companies, who offer the option for fans to have fake crowd noise piped into the live action during matches, hasn’t been able to adequately replace the fans in the stand.

Legendary Scottish manager Jock Stein once uttered, “Football without fans is nothing.” The pandemic has proved that statement to be very, very true.

The sport of darts is huge in Europe, and the U.K. in particular, with fans packing arenas to roar on their favorite players at events that double up as drinking sessions for many of those in attendance, with the atmosphere a cross between a football match and the Oktoberfest.

But, with no fans in attendance, darts is, unfortunately, pretty dull. Even with the hyperbolic commentary that often accompanies events, the sight of someone throwing metal at a mat doesn’t quite have the same appeal without thousands of drunk fans roaring them on. The pressure is different, the atmosphere is different and the whole viewing experience is vastly inferior.

That’s not to say organizers haven’t tried to be innovative to keep the sport going for the players. Tournaments have been run virtually, with players setting up streaming cameras in their homes in order to play matches against each other. They’ve even returned to in-person tournaments and followed the lead of football with artificial crowd noise on broadcasts but, without the presence of a real-life, raucous crowd, darts just isn’t the same. 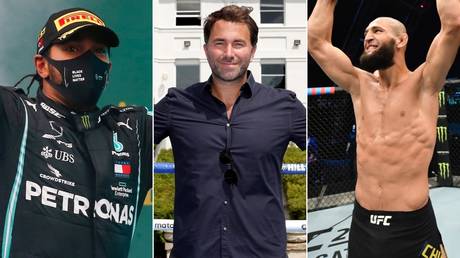