The highly anticipated season opener for two-time world champion Evgenia Medvedeva might be delayed again, as the skater is rumored to withdraw from the second stage of the Cup of Russia due to a spine injury.

Last month, the 20-year-old pulled out from the season curtain raiser in Syzran citing health problems.

Her participation in the second stage of the Cup of Russia, which is scheduled to take place this coming weekend in Moscow, remains in doubt as the skater’s troublesome spine still bothers her.

“Medvedeva experiences troubles with her spine. It’s not clear at the moment whether she will be able to compete in Moscow,” a source familiar with the situation told TASS.

He stressed that she is still expected to perform in Moscow.

In September, the skater sensationally returned to her coach Eteri Tutberidze after a two-year break which saw her moving to Canada to train under Brian Orser.

The Olympic silver medalist thanked her Canadian coach for the time they spent together and expressed hope that her renewed cooperation with Tutberidze will help to improve her results. 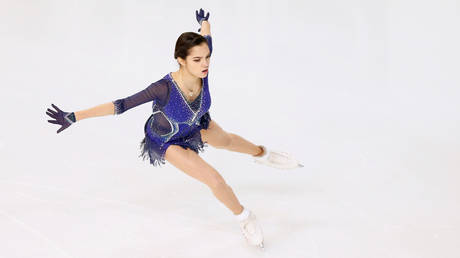