South Korean football fans have successfully sued a match promoter for the supposed ’emotional distress’ of Cristiano Ronaldo failing to make an appearance from the bench during a 2019 friendly match in Seoul.

Five-time Ballon d’Or winner Ronaldo had been expected to make an appearance for Juventus in a fixture with the K-League All Stars last summer but the Portuguese star remained rooted to the bench throughout the 90 minutes of the 3-3 draw, disappointing the 65,000 supporters packed into the Seoul World Cup Stadium in the process.

The Fasta, a promotional group who helped arranged the fixture, soon came under fire from angry fans who claimed that Ronaldo was featured heavily in pre-match advertisements, and that legions of fans had bought tickets with the sole intention of seeing their Portuguese hero in action – even leading to South Korean authorities raiding The Fasta’s offices in August of last year.

And now, after more than a year of legal acrimony, 162 fans who brought forward legal action against The Fasta have had their match tickets refunded and were each awarded compensation of 50,000 won, or around $45, for the ’emotional distress’ suffered when the iconic Ronaldo failed to emerge from the substitutes’ bench.

So contentious was the issue in South Korea that it spawned a new phrase: ‘Acting like Ronaldo’, which essentially means a failure to deliver on one’s promises.

“The defendant has contractual obligations of Ronaldo playing in the game barring any unforeseen circumstances,” the South Korean court said in its ruling, adding that they agreed that supporters suffered ‘distress’ as a result of false advertising.

Ronaldo himself, as well as Juventus, were absolved of any blame related to the legal action.

Despite the compensation being awarded, the K-League have made clear their unhappiness at the situation and have furiously accused Juventus of “deception” after they didn’t select Ronaldo to play, while another disgruntled fan was reported to have flown from South Korea to Sweden, where Juventus were playing, to confront his hero for his no-show. 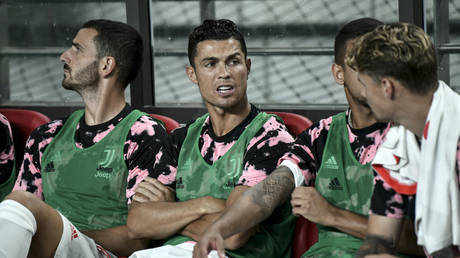