Tottenham Hotspur may have defeated London rivals Chelsea on penalties after a tense League Cup clash, but the other big headline came during the game, as Eric Dier charged off the pitch to take a toilet break during open play.

Dier’s surprise call of nature during the match saw a furious-looking Tottenham boss Jose Mourinho charge down the tunnel after his midfielder in a bizarre scene during the matchup as Spurs attempted to overcome a 1-0 deficit with 15 minutes to go.

Moments later Mourinho returned to the technical area and Dier returned to the field to help Tottenham claim a late equalizer to force the match into a penalty shootout.

Dier then stepped up first to score from the spot as Tottenham went on to defeat Chelsea 5-4.

After the match, Dier admitted that his unscheduled bathroom break didn’t impress his boss, but said he had no option under the circumstances.

“I don’t know if Jose understood what I was doing to begin with. I told Pierre-Emile Hojbjerg and Toby Alderweireld as I was going off, I simply had to go.

“I was struggling with stomach cramps, it had got too bad.

“Jose wasn’t happy but there was nothing I could do about it, nature was calling,” said Dier.

“I heard there was a chance (for Chelsea) while I was off the pitch, but thankfully they didn’t score.”

Despite appearing furious at the time, Mourinho had calmed down by the end of the match, and explained why he ran down the tunnel after his player

“He had to go, he had no choice,” Mourinho explained.

“Maybe it is a normal thing when you are completely dehydrated, which is the case. I had to put pressure on him to get back, but he is a great example for everybody.”

Dier’s spot-kick in the shootout win brought a positive end to a crazy week that saw him concede an equalizing penalty against Newcastle at the weekend when the ball hit his arm. 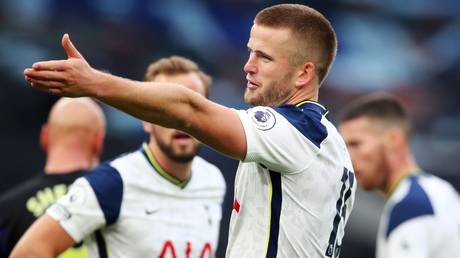