Close
Trending News
HomeSport‘Should be banned for a season with no pay’: Fans fume after footballer who hurled homophobic slur at gay player gets 6-game ban

‘Should be banned for a season with no pay’: Fans fume after footballer who hurled homophobic slur at gay player gets 6-game ban

‘Should be banned for a season with no pay’: Fans fume after footballer who hurled homophobic slur at gay player gets 6-game ban

Phoenix Rising’s Junior Flemmings has been hit with a six-game ban after he aimed a homophobic slur at San Diego Loyal’s Collin Martin, who is openly gay, but some fans feel his punishment was not strong enough.

The USL Championship announced Flemmings’ punishment – which also includes an undisclosed fine – in a statement on Tuesday, while Phoenix Rising said in a statement of their own that the player “will remain on administrative leave for the remainder of his existing contract,” which expires on November 30.

San Diego and their manager Landon Donovan walked off when the two sides met in the USL Championship last Wednesday after the Jamaican was accused of calling Martin a “batty boy,” an offensive slang term for gay or effeminate men, which he denied.

Fans reacted to news of Flemmings’ ban on Twitter.

“What he deserves. Absolutely revolting conduct and thinking,” wrote one, while another simply said: “Well done USL.”

What he deserves. Absolutely revolting conduct and thinking.

A number of supporters felt the league did not go far enough with their sanctions of the 24-year-old, however.

“Should have been banned for a season without pay,” suggested one, while others agreed his suspension “should be full season at the very least” and that a six-game ban was “underwhelming.”

Should have been banned for a season without pay.

Should be full season at the very least and a re-assessment leading into the next there’s no place for that in the game.

Martin was initially sent off for his reaction to the slur, but the red card was later rescinded by the referee.

The midfielder said he “felt personally attacked” by the slur.

Collin Martin opens up about the events from last night’s match. #SDvPHX pic.twitter.com/WPO4dOpYRJ

Loyal were 3-1 up and chasing a playoff place when they made the decision to exit the game after Flemmings was not removed by the referee or Phoenix manager Rick Schantz.

The decision came just over a week after San Diego’s meeting with LA Galaxy II, in which Omar Ontiveros racially abused Loyal’s Elijah Martin. San Diego later forfeited the match, while Ontiveros was given a six-match ban and a fine and was also released by the Galaxy.

The USL Championship enters its playoff phase this Saturday. Flemmings’ suspension will ensure he misses the entirety of the playoffs, meaning he won’t play again in the 2020 season. 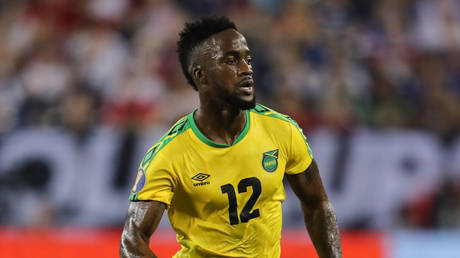