Renowned Russian coach and former figure skater Alexander Zhulin has suggested that reigning Olympic champion Alina Zagitova is “happy without skating” while commenting on the chances of her resuming her professional career.

Olympic silver medalist Zhulin, who has been successfully training ice dancers since retirement, said that it would be a difficult task for Zagitova to regain her leading positions given that quad-jumping juniors have been setting the pace in women’s skating.

“It’s not easy to return to sport having very strong quad-jumping opponents to compete against. Knowing it Alina has been weighing all the pros and cons. She leads a happy life off the ice. I’m looking at her Instagram photos and see that she has so many projects, she is always smiling. She is happy even without figure skating,” Zhulin said.

Zagitova took a break from figure skating last year after finishing last at the ISU Grand Prix Final. The skater dismissed rumors about her possible retirement, promising to return to the ice as soon as she is ready to compete at the highest level.

The 18-year-old is expected to take part in the pre-season Test Skate in Moscow where she will demonstrate her new programs.

However, her participation in international competition still remains in doubt as she hasn’t been included in the list of competitors who will vie for spots on the national team through Cup of Russia stages. 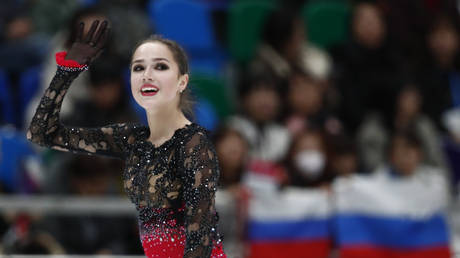