One of the most prominent engine manufacturers in Formula 1, Honda, has sensationally announced its decision to end its participation in F1 from the end of the 2021 season to focus on zero-emission technology.

The Japanese manufacturers, who have won six F1 constructors’ championships and five drivers’ championships, and have powered cars to 77 race victories, confirmed they would be stepping away from the world’s premier four-wheeled racing series after next year’s championship season.

Confirming that the company had made the decision at the end of September, Honda Motor CEO Takahiro Hachigo addressed the media in an online press conference to explain that the decision was not related to the ongoing COVID-19 pandemic.

“On behalf of Honda, I would like to express our gratitude again to both Red Bull Racing and Scuderia AlphaTauri for enabling us to fulfil our ambitions of winning F1 races.”

“This is not a result of the coronavirus pandemic but because of our longer-term carbon-free goal,” he said.

The manufacturer returned to the sport in 2015 as the engine suppliers to the Red Bull Racing team, but that partnership looks set to come to an end with the company set to turn its attention to developing zero-emission technologies including batteries and fuel cells.

The news will likely have come as a crushing blow to the Red Bull Racing team, which is struggling to make headway as they attempt to usurp Mercedes’ dominance at the head of the Formula 1 field.

From the podium in our very first race together, to returning @HondaRacingF1 to the top step after 13 years, we’ve shared some incredible moments! 💪🏆 Here’s to many more in 2020 and 2021 🍾 #ChargeOn 🤘 pic.twitter.com/C3wHskQPsj

“We understand how difficult it has been for Honda Motor Company to reach the decision,” said Red Bull team principal Christian Horner.

“We understand and respect the reasoning behind this.” 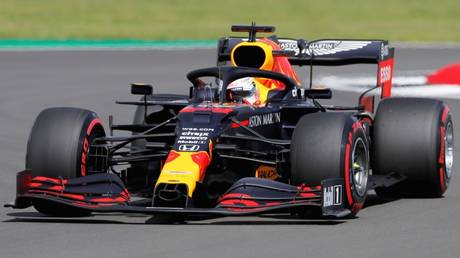