Close
Trending News
HomeSport‘Saying Djokovic screwed it up is too cheap for me’: Father of Dominic Thiem BLASTS negative coverage of controversial Adria Tour

‘Saying Djokovic screwed it up is too cheap for me’: Father of Dominic Thiem BLASTS negative coverage of controversial Adria Tour

‘Saying Djokovic screwed it up is too cheap for me’: Father of Dominic Thiem BLASTS negative coverage of controversial Adria Tour

Wolfgang Thiem, father of world No. 3 Dominic Thiem, has said that it is ‘too cheap’ to lay blame at Novak Djokovic for the COVID-19 outbreak that caused the cancellation of the controversial Adria Tour tennis tournament.

The tour, which was arranged by Djokovic and took place on successive weekends in Serbia and Croatia, came under heavy scrutiny for a perceived lack of social distancing guidelines.

To make matters worse, footage emerged of several players – including Djokovic – dancing at a nightclub at a time when public health COVID-19 were recommended but not mandated.

Djokovic, along with several other players including Grigor Dimitrov and Borna Coric, subsequently tested positive for the virus, prompting Djokovic to issue a statement expressing his regret at the situation.

Wolfgang Thiem, however, thinks that the negative publicity aimed at the tournament was misguided.

“I do not approve of what happened on the Adria Tour, but condemning Djokovic and saying he screwed it up is too cheap for me,” he said.

“Of course the dance at the disco was not optimal, but Djokovic basically did nothing wrong. They just got a little sloppy, they were euphoric.”

Djokovic has since tested negative for COVID-19 and has outlined details of a $50,000 charitable donation to the Serbian town of Novi Pazar which has been deeply affected by the coronavirus. Dominic Thiem has made a similar promise.

Thiem Sr., meanwhile, says that the money raised for charities has rendered any criticism moot.

“I prefer that there be a few more cases of coronavirus and be able to raise a few thousand Euros for a childhood cancer clinic,” he said. 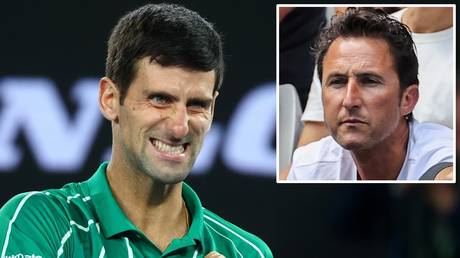